A special kind of viral marketing agency called Thinkmodo scared unsuspecting New Yorkers to run for their lives in yet another prank ad. This time by inviting customers to walk in and experience a free Ouija readings session. 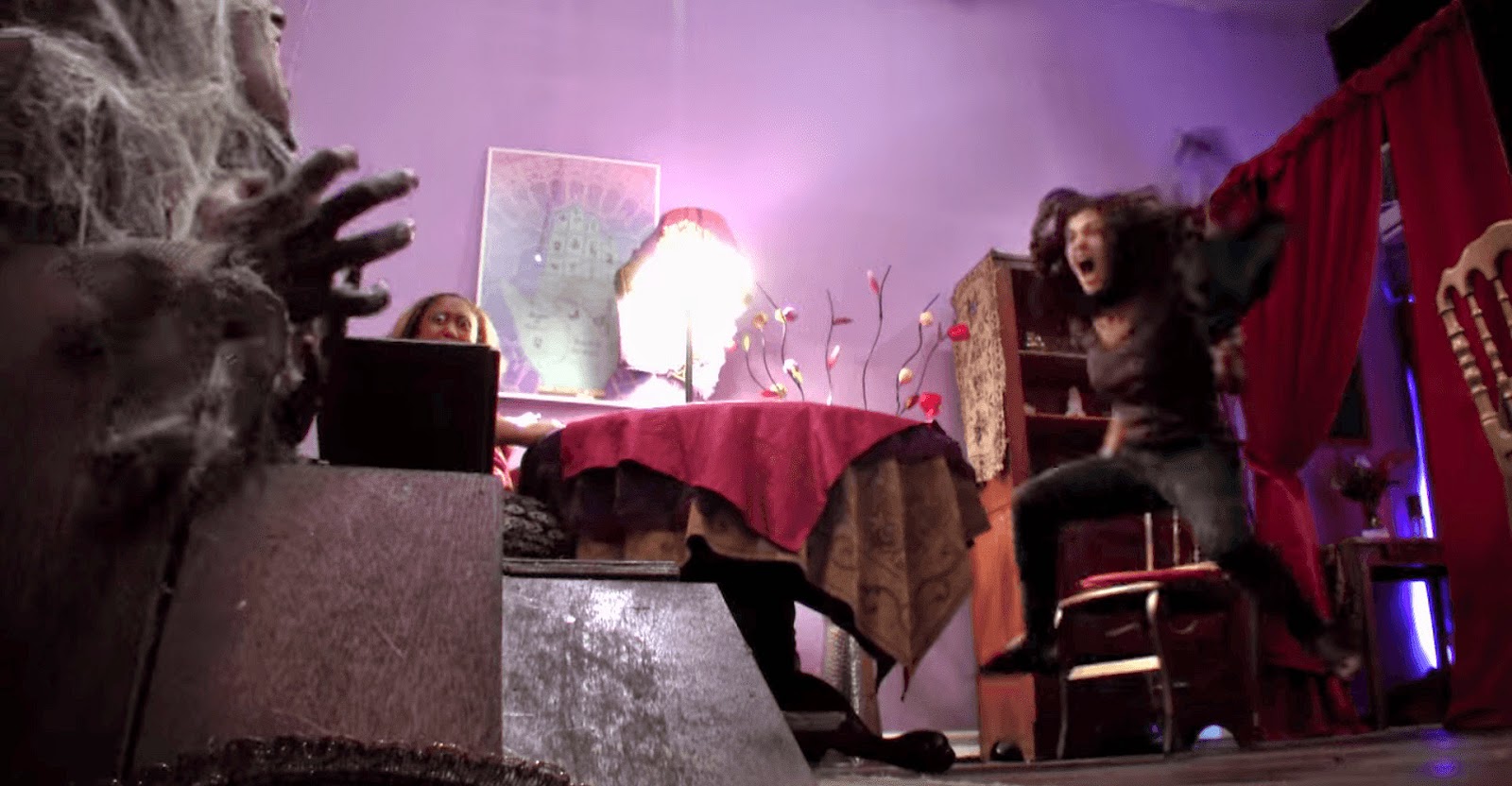 During the session, the psychic would tell her customers to feel relaxed and to focus on their thoughts and just a few moments later, she pops her eyes out and scares them roughly, telling them to RUN!

If the unusual psychic’s eye-popping wasn’t enough, the next thing that happens is that a dead person comes out of the wooden floor and makes the clients really run for their lives.

This ad was created to promote the upcoming supernatural horror movie “Ouija” from director Stiles White.

In the film, a group of friends must confront their most terrifying fears when they awaken the dark powers of an ancient spirit board. “Ouija” stars Olivia Cooke (“Bates Motel,” “The Quiet Ones”), Douglas Smith and Bianca Santos.

Opening across the Philippines on October 29, “Ouija is distributed by United International Pictures through Columbia Pictures.
Posted by LENS Blogger at 1:05 PM