ODDS STACKED AGAINST YOU? CALL “THE EQUALIZER” 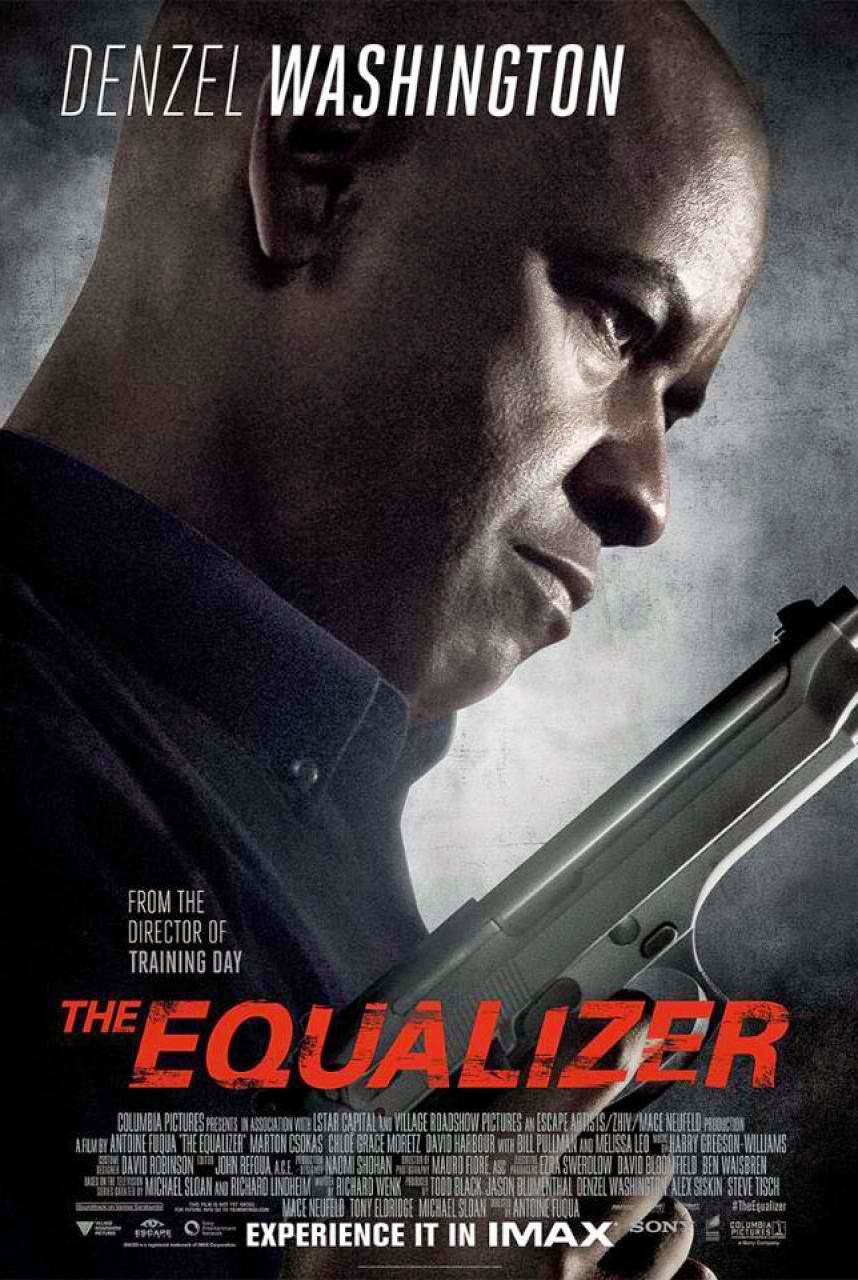 In the film, Washington plays McCall, a man who believes he has put his mysterious past behind him to lead a quiet life in peace. But when McCall meets Teri (Chloë Grace Moretz), a young girl under the control of ultra-violent Russian gangsters, he can’t stand idly by – he has to help her. Armed with hidden skills that allow him to serve vengeance against anyone who would brutalize the helpless, McCall comes out of his self-imposed retirement and finds his desire for justice reawakened. If someone has a problem, if the odds are stacked against them, if they have nowhere else to turn, McCall will help. He is The Equalizer.
Based on the television series created by Michael Sloan and Richard Lindheim, “The Equalizer” also stars Marton Csokas, Chloë Grace Moretz, David Harbour, with Bill Pullman and Melissa Leo. Film is written by Richard Wenk.

For director Antoine Fuqua – who re-teams with Denzel Washington after directing the actor to his Oscar®-winning performance in “Training Day” – McCall shares some of the archetypical heroic traits that have been passed down. “I saw this movie as a throwback, like the westerns that Sergio Leone made,” he explains. “There’s an antihero, in a struggle, reluctant and ashamed to pick up his gun... but when he gets a chance to help other people, he does. He uses his skills for that.”

The film takes its title from the 1980s television series and shares its central premise – a man, highly trained, who can “equalize” the odds when they are stacked against the helpless. Though the filmmakers took only the premise and title from the original show, Blumenthal says that the premise is one that has only become more relevant. “The word ‘equalizer’ is a very strong, powerful word,” he notes. “A lot of people believe that there’s a lot of imbalance in the world, so the idea of creating a balance – equalizing something – is very meaningful. If anything, I think that title means more now, in 2014, than it did in the 1980s. People can get behind this kind of hero: a man who does heroic acts for the people who need them the most.”

In seeking out a director, Washington was excited to be re-teaming with Fuqua. After their experience together on “Training Day,” Fuqua says, it was clear that “The Equalizer” lent itself to a good match of actor and director. “Part of what I discovered in `Training Day' is that I can read something on the page that sounds like an action piece, and I know that Denzel will see the acting in that – he can take an action beat and create great drama, as if it’s a dialogue scene,” says Fuqua. “He’s unpredictable, in the best way possible – he’s in his world, and you’re a fly on the wall, to capture it, if you can be smart enough to know when to continue in the scene.”

Similarly, Washington felt great confidence in his director. “He’s very talented,” says the actor. “We sent him the material and he responded – we sat down and he had tons of ideas – and it was a done deal.” Later, on set, that confidence paid off. “Antoine had the vision for the film – he was doing close work with specialized cameras, all of that stuff. But I never worried about any of that. The camera is Antoine’s area of expertise – I don’t have to worry about that. I just worry about the acting,” he smiles.

“We had a rhythm and an understanding,” concludes Fuqua. “There were times when we didn’t need to talk; we both knew where each other was going.”

Opening across the Philippines on October 01, 2014, “The Equalizer” is distributed by Columbia Pictures, local office of Sony Pictures Releasing International.
Posted by LENS Blogger at 12:40 AM

Email ThisBlogThis!Share to TwitterShare to FacebookShare to Pinterest
Labels: the equalizer