PLAY THE “FOOSBALL: THE UNBEATABLES” CHALLENGE


The highly inventive animation “Foosball: The Unbeatables” from Argentine director Juan José Campanella (Academy Award winner for his crime thriller “The Secret In Their Eyes”) brings to life a poignant story about love, pride, friendship and passion as it follows the adventures of Amadeo (voiced by Rupert Grint), a shy but talented young man and his Table Football team, who magically come to life as they try to reunite after being dismantled and torn from their home.  Supervised by animation sage Sergio Pablos who also brought to life the unforgettable characters and worlds of “Rio” and “Despicable Me.” 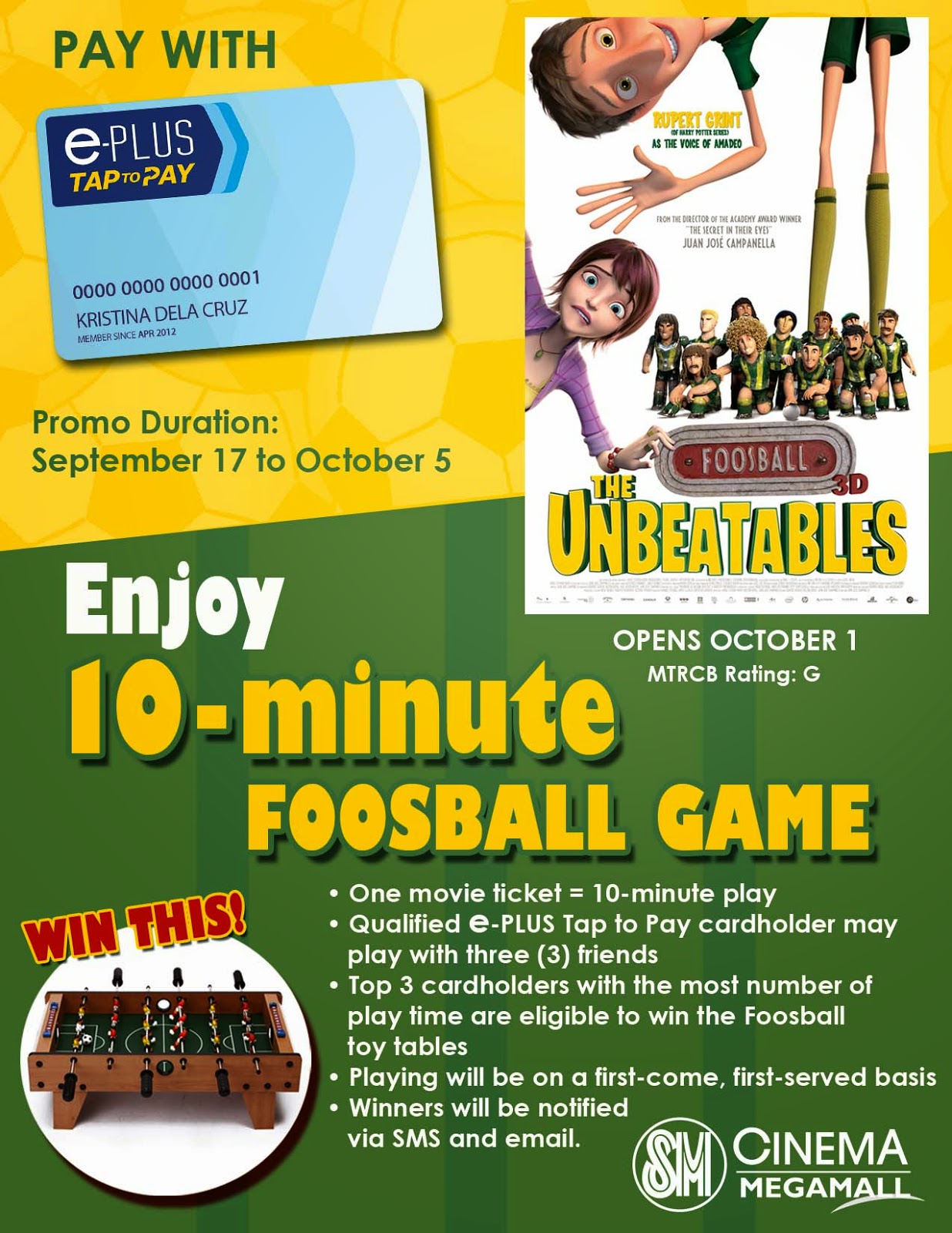 SM Cinemas gives its EPlus members and would-be members to join the fun in their “Foosball Play Promo” at the cinema lobby of SM Megamall starting September 17 – October 5.

Joining is as easy as one, two, kick! And get a chance to win Foosball Toy Tables!

1.       Present your Foosball ticket paid using ePLUS Tap to Pay load and get 10 minutes play at the Foosball table

2.       An ePLUS member together with 3 friends can play during the 10-minute playing time

3.       Additional 10 minutes play per ticket will be granted if there are additional tickets bought using ePLUS Tap to Pay load

4.       The Top 3 ePLUS members with the most number of playtime will be eligible to win Foosball toy tables

“Foosball: The Unbeatables” opens in theatres nationwide this October 1 from Axinite Digicinema.
Posted by LENS Blogger at 3:13 PM

Email ThisBlogThis!Share to TwitterShare to FacebookShare to Pinterest
Labels: foosball: the unbeatables, promo