Ben Affleck and Rosamund Pike portray the role of their lives in the grittiest thriller of the year in "Gone Girl," based on the bestselling tome of Gillian Flynn brought to life onscreen by renowned filmmaker David Fincher. 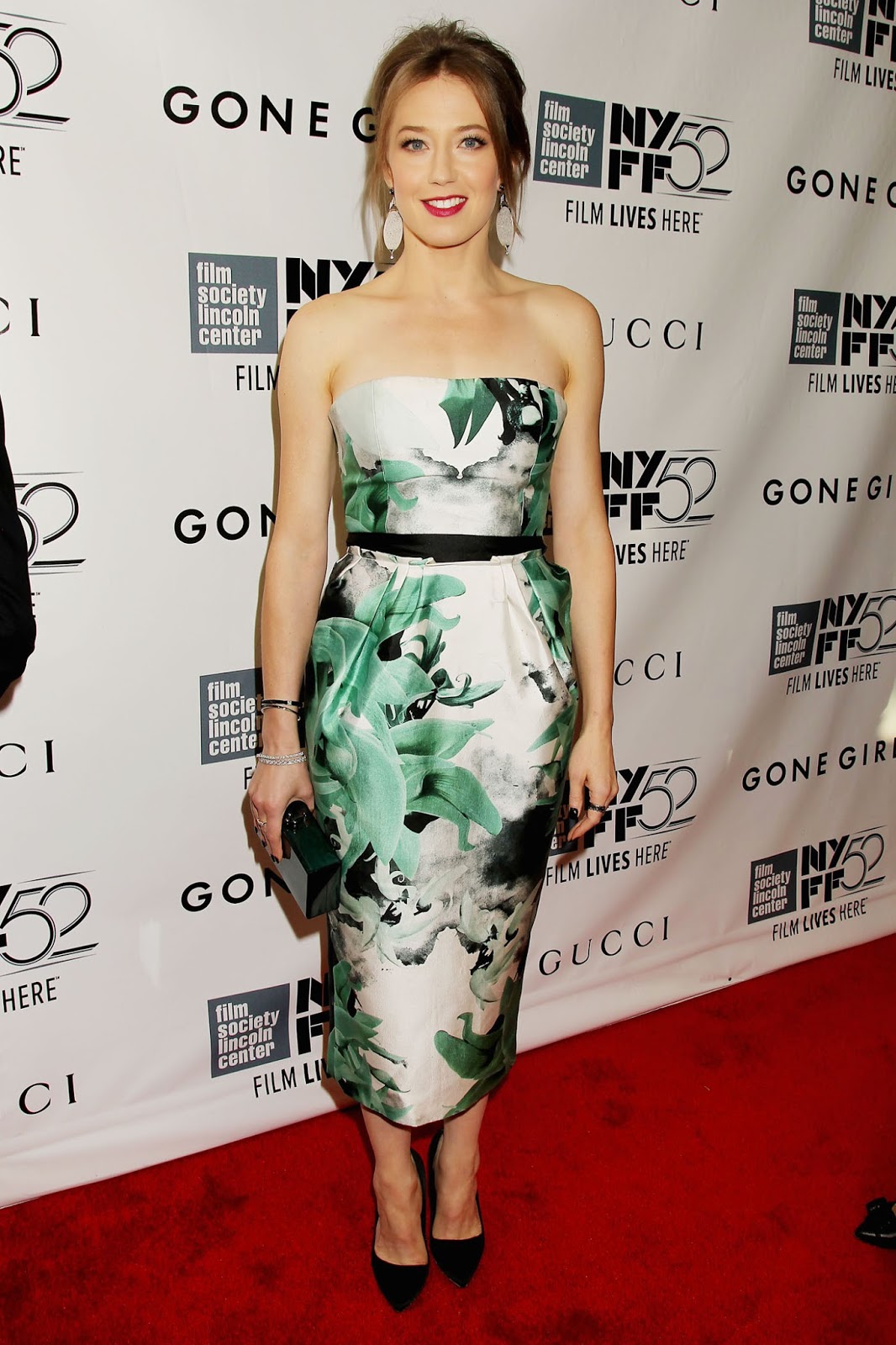 Affleck and Pike play Nick and Amy Dunne respectively who personify the quintessential romantic match and modern married couple.  But on the day of their fifth year wedding anniversary, Amy curiously disappears. Her vanishing becomes a kind of hall of mirrors in which tantalizing and savage secrets lead to even more tantalizing and savage secrets.  The events that unfold are thick with shocks and complications, but the questions that remain are what cut, with razor-sharp precision, to the bone:  Who is Nick?  Who is Amy? Who are any of us in marriages -- and a society -- built on a precarious base of projected images and disguises?

Taking the alternately guarded and exposed role is Ben Affleck.   Says Fincher of casting him:  “Putting a cast together is like putting a basketball team together and Nick was the point guard.  He has to feed the narrative.  It’s a ‘he said, she said’ in the book; but it’s ‘he experiences, she experiences’ in the movie.  It’s more subjective.  You’re not gifted with all these inner monologues in the movie.  So you need an actor who is very deft to play this role.  It’s 3-D chess, not Chinese checkers."

The person who lures Nick Dunne back to Missouri as the prodigal son is the one person who believes she knows him as well as anyone can:  his twin sister, “Go.”  Bereft of their former ambitions, now the pair runs a local bar together.   But when Amy goes missing, Go becomes Nick’s singular confidante, the one who still believes in his innocence . . . or does she?
Making her feature film debut in the vivid role is Carrie Coon, known for her work on stage in “Who’s Afraid of Virginia Woolf” and HBO’s “The Leftovers.”  A native Chicagoan, Coon had been aware of Flynn as a rising Midwestern writer.  “My husband actually handed Gone Girl to me because there are references to ‘Virginia Woolf’ in there, and I really connected to the book.”
She continues:  “The passages about what we do to each other in relationships are what make the book far more than a thriller.  I think we all get damaged by our relationships, no matter how subtly.  So you’re having fun with this twisted plot and then suddenly, Gillian hits you in the face with something deeply true about human behavior. And David the perfect person to take audiences on this ride Gillian created.  They are both lovely people who have a deep, dark core.”
Coon sees Go as a kind of anchor for the audience – one of the few characters devoid of pretense.  Having grown up the only girl among three brothers, Coon related to Go’s way of “being one of the guys.”  “The way my family expresses love is through sarcasm so I get that kind of interaction and it’s a big part of how Go and Nick relate,” she explains.  “I love that she’s someone who cracks jokes with the boys, who is very direct. In a way, she’s the real ‘cool girl.’”

At the same time, Go is struggling as much as her twin.  “Like Nick, she hasn’t really fulfilled on her promise.  She’s come home and kind of given up, which is very true to our economic times. She and Nick are also survivors of a tough childhood together, so it makes sense that, even now, they feel closer to each other than anyone else.”
As for how Go reacts to the accusations against Nick, Coon admits she is unmoored:  “Her faith can only go so far before it starts to get outweighed by facts – but it’s deeply troubling to her that she begins to wonder about Nick.  She can’t even ask him out loud because it’s such a betrayal to even think about it. I tried to imagine if one of my siblings was in that situation and all these damning, rational facts were coming in, and I could see how much it would be fighting against your own nature.”

Throughout it all, Coon was thrilled be working with Affleck.  “He doesn’t have sisters so it was a lot of fun to answer his questions about how siblings act and let him punch me in the arm,” she laughs.  “There’s also something about the way David demands so much from the actors, where you feel like you’re all in this together.  It was inspiring.”
Posted by LENS Blogger at 2:40 AM