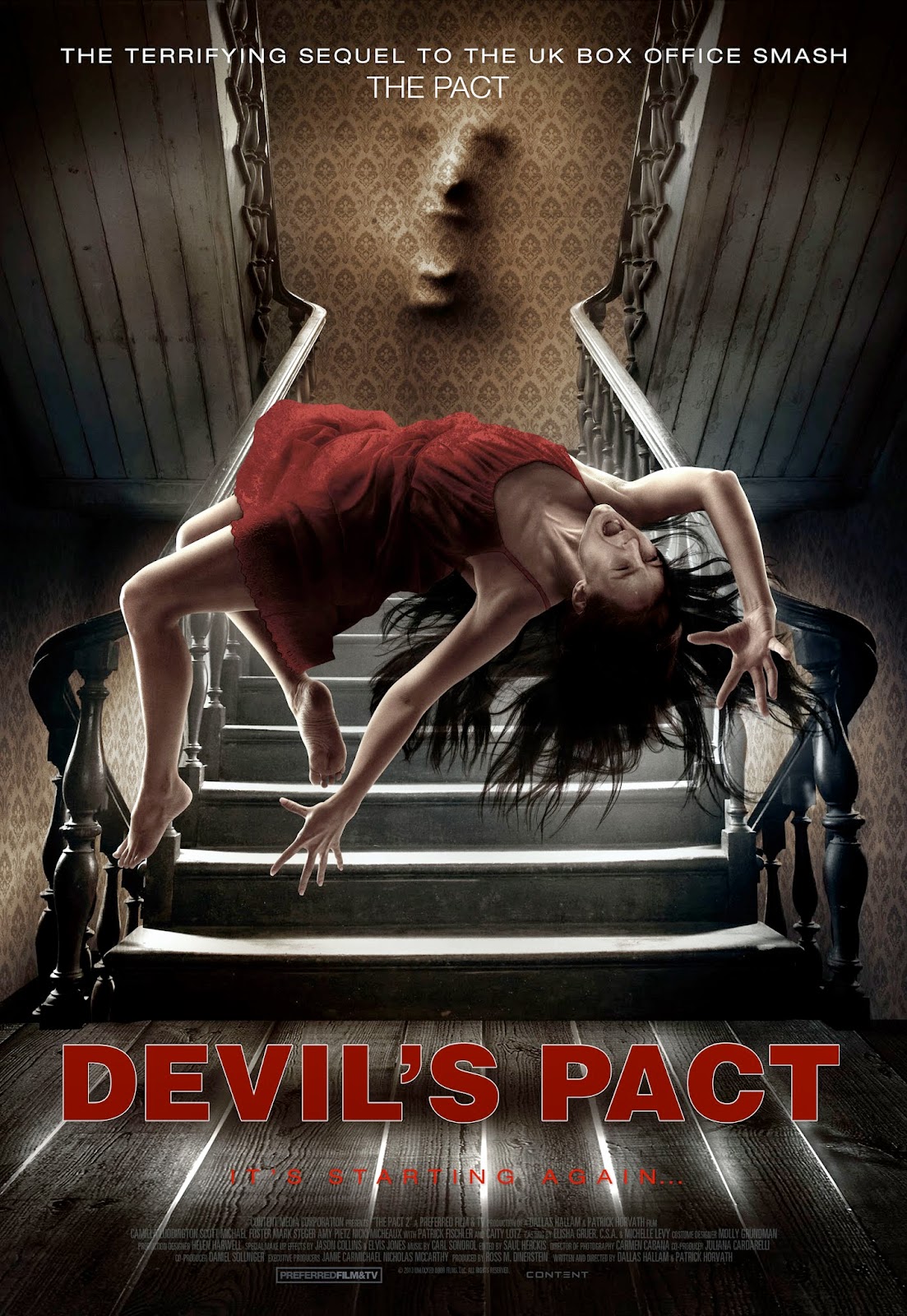 In “Devil’s Pact," only a few weeks after Annie Barlow exterminated the plague from the first film that was the Judas Killer, we meet June Abbott (played by Grey Anatomy’s Camilla Luddington), a woman whose carefully constructed life in Los Angeles is beginning to unravel due to lucid nightmares so awful they disturb her waking life.

When Special Agent Terrence Ballard, the FBI agent assigned to wrap up the case of the newly deceased Judas Killer, shows up at June’s door, he brings with him some terrifying news – there is a Judas copycat killer on the loose in her neighborhood! In the course of his investigation, Ballard shows June a picture of the copycat killer’s victim, and she is stunned to see that it’s the same woman she saw brutally murdered in her nightmares.

A series of hauntings begin to torment June, growing in frequency and ferocity over time. Now, not only does she see murder victims, but her dreams put herself in the role of the murderer. June fears that the spirit of the Judas Killer is the architect of some greater plan in which she must now play a part. June struggles to maintain her grip on sanity as she plunges into her own investigation of these events. No matter the result, the truth will be horrifying; either there is true evil inside of her, or someone, or something, is determined to destroy her…
“Devil’s Pact” will open November 5 in theatres nationwide from Axinite Digicinema.
Posted by LENS Blogger at 12:50 PM