FANTASY WORLD UNVEILS IN “SAGA: CURSE OF THE SHADOW”

From the producers of “Pride and Prejudice,” Jason Faller and Kynan Griffin of Arrowstorm Entertainment write and produce “Saga: Curse of the Shadow,” a sci-fi adventure thriller tracking a female bounty hunter on a mission to stop a cult to raise the god of the Undead. 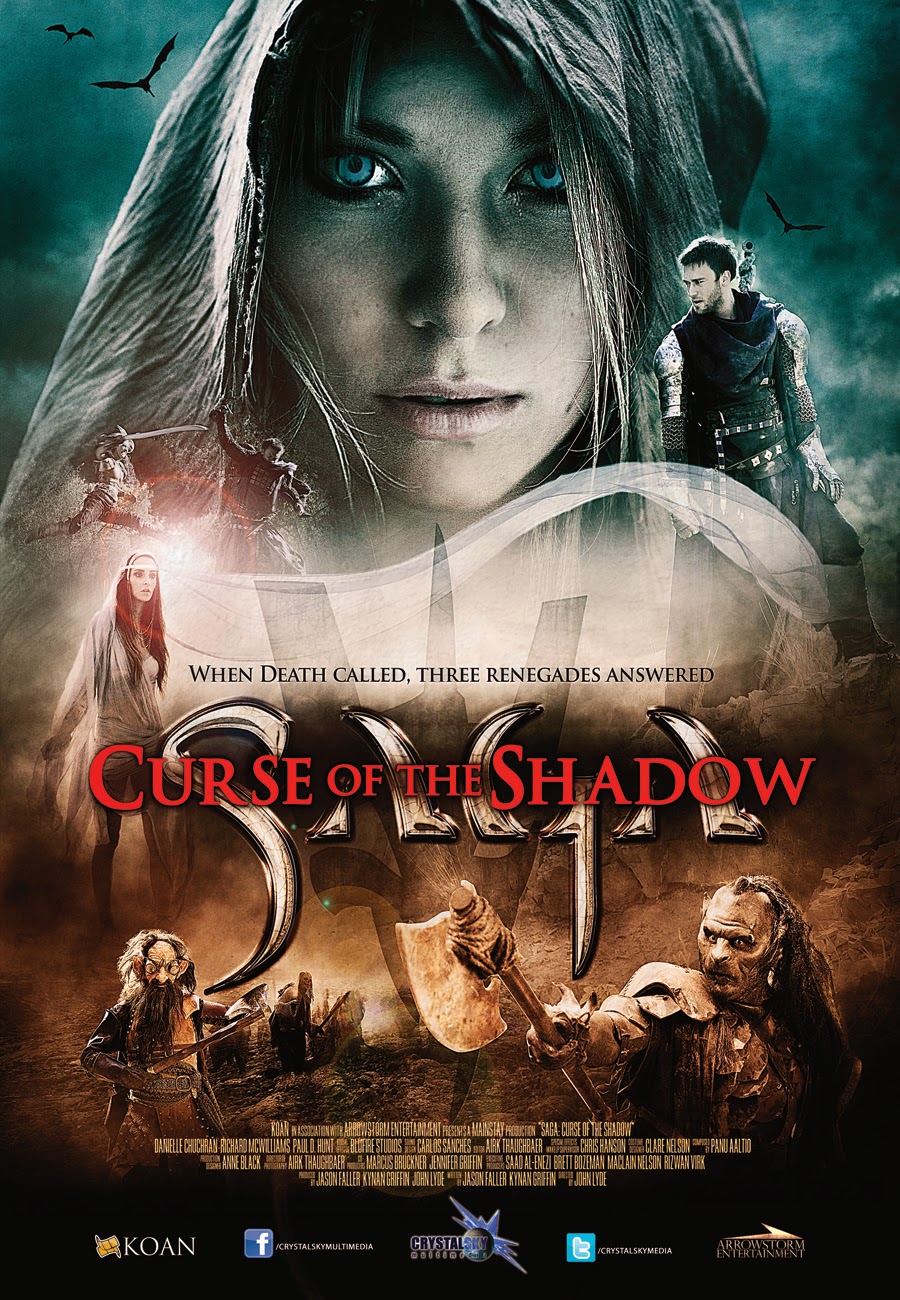 Starring Dani Chuchran as Nemyt Willowhaven, a tormented elven bounty huntress to infiltrate a cabal known as The Shadow. In the movie a man named Keltus (Richard McWilliams), an agent of the ruling Order, is on the trail of the enigmatic Shadow cult. He reports to a local garrison to interrogate a captured Shadow cultist, but finds the man dead - murdered by Nemyt, an elven bounty huntress cursed with the Mark of the Shadow - an undead plague. Nemyt has learned of a secret meeting and a powerful treasure. Keltus frees her from prison and the two set out to rendezvous with the cult.
“One of our primary concerns with the film was the Kullimon character – a living, breathing orc that the audience can root for, and come to love” said producer, Jason Faller. “Whereas video gamers play orc characters all the time, we’ve never seen a sympathetic orc on film before. I think Special Effects Make-Up Supervisor, Chris Hanson, nailed it though and I’m excited for fans of the genre to experience Kullimon.”
The movie’s unapologetically lush look is credited to costume and design supervisor Anne Black for the handsome production values.   “She has a beautiful eye and is a stickler for quality,” he said. “I think costume and production design in general is often the downfall of many indie productions. The lack of quality sets and costumes make a film look cheap. We focus on what ends up on screen and spend the money on those elements.”
Griffin said he and his partners are “interested in re-creating the experience that role-playing gamers encounter every day. So much fantasy cinema deals with kings and princesses saving the world, whereas gamers deal with a small group of heroes of different skill sets. Different races like dwarves, elves and orcs band together on quests for fortune and glory. It is a much more personal world, where anyone can become a hero, rather than just ‘the chosen one.’”
Rated PG by the MTRCB, “Saga: Curse of the Shadow” opens April 2 in cinemas from CrystalSky Multimedia.
Posted by LENS Blogger at 11:46 PM

Email ThisBlogThis!Share to TwitterShare to FacebookShare to Pinterest
Labels: saga: curse of the shadow