Story: Day-dreamer Walter Mitty escapes his anonymous life by disappearing into fantasy world filled with heroism, romance and action. When his job was along with his co-worker lies in balance, Walter takes action and embarks on a global journey that turns into an adventure more extraordinary than he could imagine. 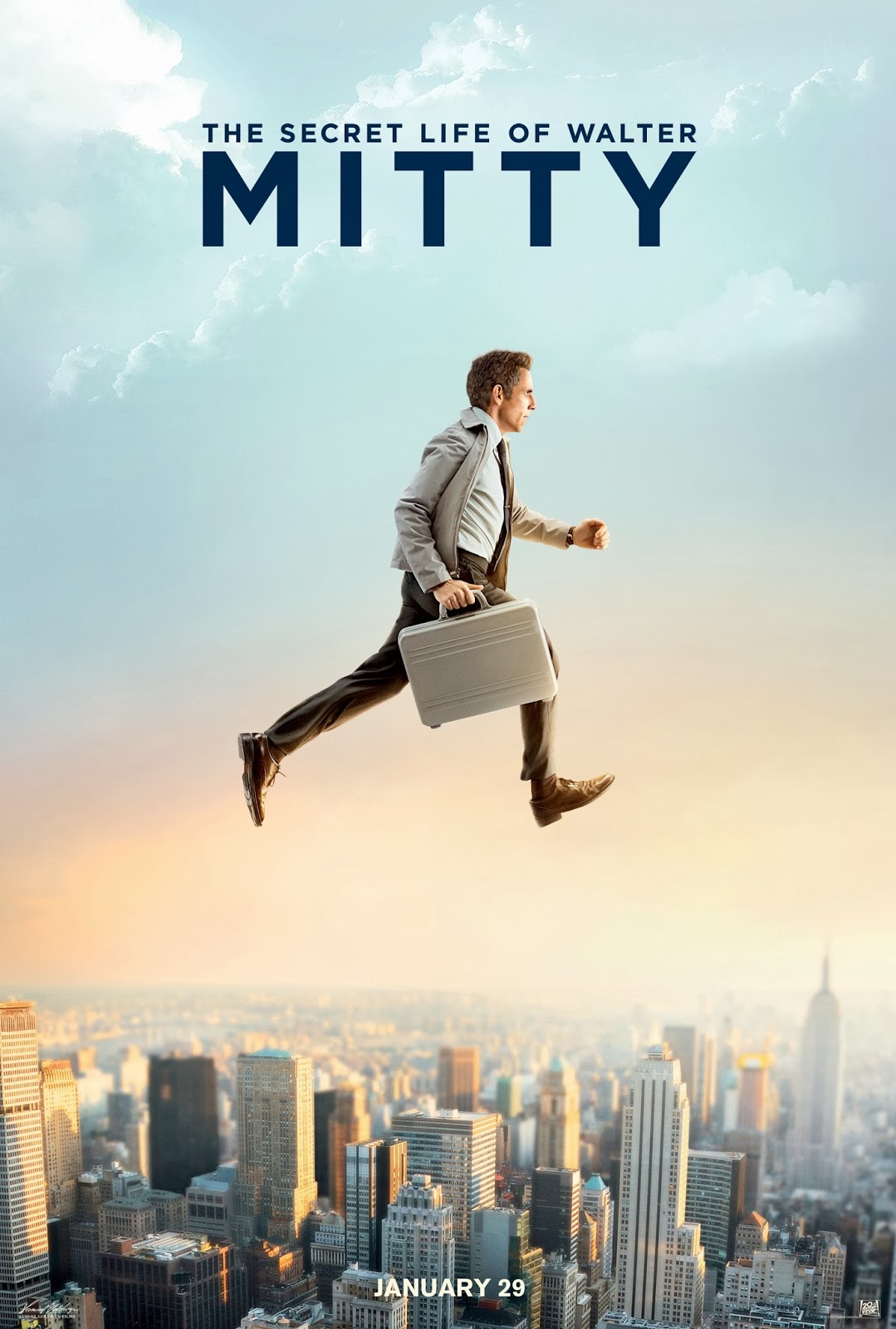 Review: Zoning out like Walter Mitty did was not far off for me. I too have moments when I escaped this reality and entered another one. But it usually happens when I read or watched something at home.

Walter Mitty's example is an extraordinary experience. Not because the adventure but because of the choice he made which pushed him to do the impossible.  It is not all bad to zone out because it can activate our creativity but it should not be always be the means to escape the reality.
The musical score also plays the part in telling the story and it is really good. I've seen Ben Stiller directed a movie before but this is probably the best he'd done. These kind of quality movies don't happen everyday. Last year, Twentieth Century Fox started 2013 with Life Of Pi but this time we started with Walter Mitty's life and they made a good move to begin 2014 with this movie.

What lesson Walter Mitty taught me in this movie that we can also do extraordinary things. Which is why my life's motto is Carpe Diem, Latin for "Seize the day". It is just up to us which extraordinary thing you are going to take, to live your dreams, inspire and motivate other people. Here's an example of an extraordinary experience from Casey Neistat's Walter Mitty promotional video. The Secret Life Of Walter Mitty is released and distributed by Twentieth Century Fox.