20th Century Fox dominates all timeline this 2014 with its lineup of movies spanning millions of years in the past and into the future utilizing unprecedented tools in moviemaking to tell the most unforgettable stories meant to be seen only in cinemas.

Experience a new kind of real in “Walking With Dinosaurs: The 3D Movie” as it transports us back in time in prehistoric Alaska.  Find out what life was really like 70 million years ago when these awe-inspiring, prehistoric dinosaurs roamed the earth.  At the heart of the movie is Patchi (voiced by Justin Long) as he and his family embark on a perilous and exciting journey across Alaska. The movie also features the voice of John Leguizamo ("Ice Age's" Sid) who voices Alex, a prehistoric bird who became Patchi's friend. 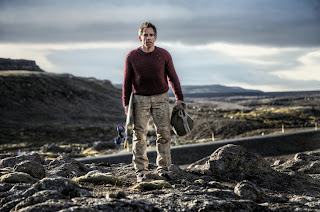 “The Secret Life of Walter Mitty” stars Ben Stiller, a story of a daydreamer who escapes his anonymous life by disappearing into a world of fantasies. When his job along with that of his co-worker (Kristen Wiig) are threatened, Walter takes action in the real world embarking on a global journey that turns into an adventure more extraordinary than anything he could have ever imagined.  Sean Penn, Shirley McClaine and Kathryn Hahn joins Stiller in this awe-inspiring journey of self-discovery. 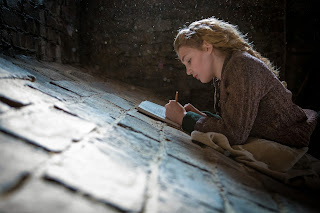 Another kind of heist during World War II happens in the humorous drama “The Book Thief” starring Geoffrey Rush, Emma Watson and newcomer Sophie Nielsen in the titular role.  Based on the beloved bestselling novel by Markus Zusak of the same title, the movie tells the inspiring story of a spirited and courageous young girl named Liesel, who transforms the lives of everyone around her when she is sent to live with a foster family in World War II Germany.

Animation giant DreamWorks is set to take the audience on a wild ride in “Mr. Peabody and Sherman” and “How To Train Your Dragon 2.”

The most horrifying delivery is a about to take place in “Devil’s Due,” a movie that employs found footage style on the coming of the antichrist.  Directed by Matt Bettinelli-Olpin and Tyler Gillett written by Lindsay Devlin and Zoe Green, the movie stars Zach Gilford and Allison Miller as newlyweds who find themselves dealing with an earlier-than-planned pregnancy right after their honeymoon.

“Rio 2” continues the grandeur of adventure into the heart of the Amazon as we see Blu and Jewel raise their children while unexpectedly meeting relatives in the wild and dodging dangers. Along the way, they rediscover Jewel’s long-lost father Eduardo (voiced by Oscar nominee Andy Garcia) and all kinds of new friends and baddies set to rock the Amazon jungle with laughter and exciting adventure in 3D.

“The Grand Budapest Hotel” recounts the adventures of Gustave H., a legendary concierge at a famous European hotel between the wars, and Zero Moustafa, the lobby boy who becomes his most trusted friend. The movie is directed by Wes Anderson and stars a grand coup of a cast including Ralph Fiennes, Edward Norton, Saoirse Ronan, Jude Law, Willem Dafoe, Adrien Brody, Lea Seydoux, Tilda Swinton and Owen Wilson.
“The Other Woman” stars a powerhouse cast of women led by Cameron Diaz, Leslie Mann, Kate Upton and Nicki Minaj.  In the movie, a woman learns that she’s part of a love triangle, so she teams up with the spurned wife in order to exact revenge on the cheating husband. 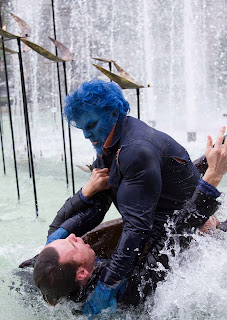 The ultimate X-Men ensemble fights a war for the survival of the species across two time periods in “X-Men: Days of Future Past.”  The beloved characters from the original “X-Men” film trilogy join forces with their younger selves from “X-Men: First Class,” in an epic battle that must change the past – to save our future. 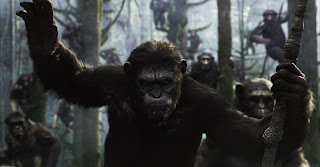 Based on John Green’s bestselling young-adult romance of the same title, “The Fault in Our Stars” stars Shailene Woodley and Ansel Elgort and is the story of Hazel Lancaster and Augustus Waters, two Indianapolis teenagers who meet at a Cancer Kid Support Group.  The two eventually fall in love, decides to see past their prognoses and diagnoses to experience how it is to live full in such short a span of time.

Non-stop thrills and chills await in "The Maze Runner," based on the first book of the best selling trilogy by James Dashner.  The movie stars Dylan O'Brien as the main protagonist Thomas, brought to a dystopian world where the only memory remains is his name, Thomas along with the rest of other young adults thrive to survive in this world of maze known as the Glade.

Ben Affleck and Gemma Arterton star in “Gone Girl” based on the book by Gillian Flynn.  The movie introduces us to the story of Nick and Amy, a married couple married for five years where Nick suddenly find himself at a loss when Amy had gone missing on the day of their wedding anniversary.
An animated comedy with a unique visual style, "The Book of Life" is the journey of Manolo, a young man who is torn between fulfilling the expectations of his family and following his heart.  Rich with a fresh take on pop music favorites, the movie stars the voices of Channing Tatum and Zoe Saldana.

"Exodus" takes us on the most unforgettable journey of Moses starring Christian Bale, Sigourney Weaver,  Joel Edgerton and John Turturro.   The movie spans on Moses' time from near death as an infant to his adoption into the Egyptian royal family, his defiance of the Pharaoh and deliverance of the Hebrews from enslavement.
Posted by LENS Blogger at 5:32 PM