In 1987, director Paul Verhoeven thrilled the world with “RoboCop,”the tale of a cyborg cop that patrols the streets of a futuristic Detroit in the name of justice. Now, filmmaker José Padilha (“Elite Squad”) reintroduces “RoboCop” when the science fiction that the original movie depicted in the 80’s is actually now closer to science than to fiction. 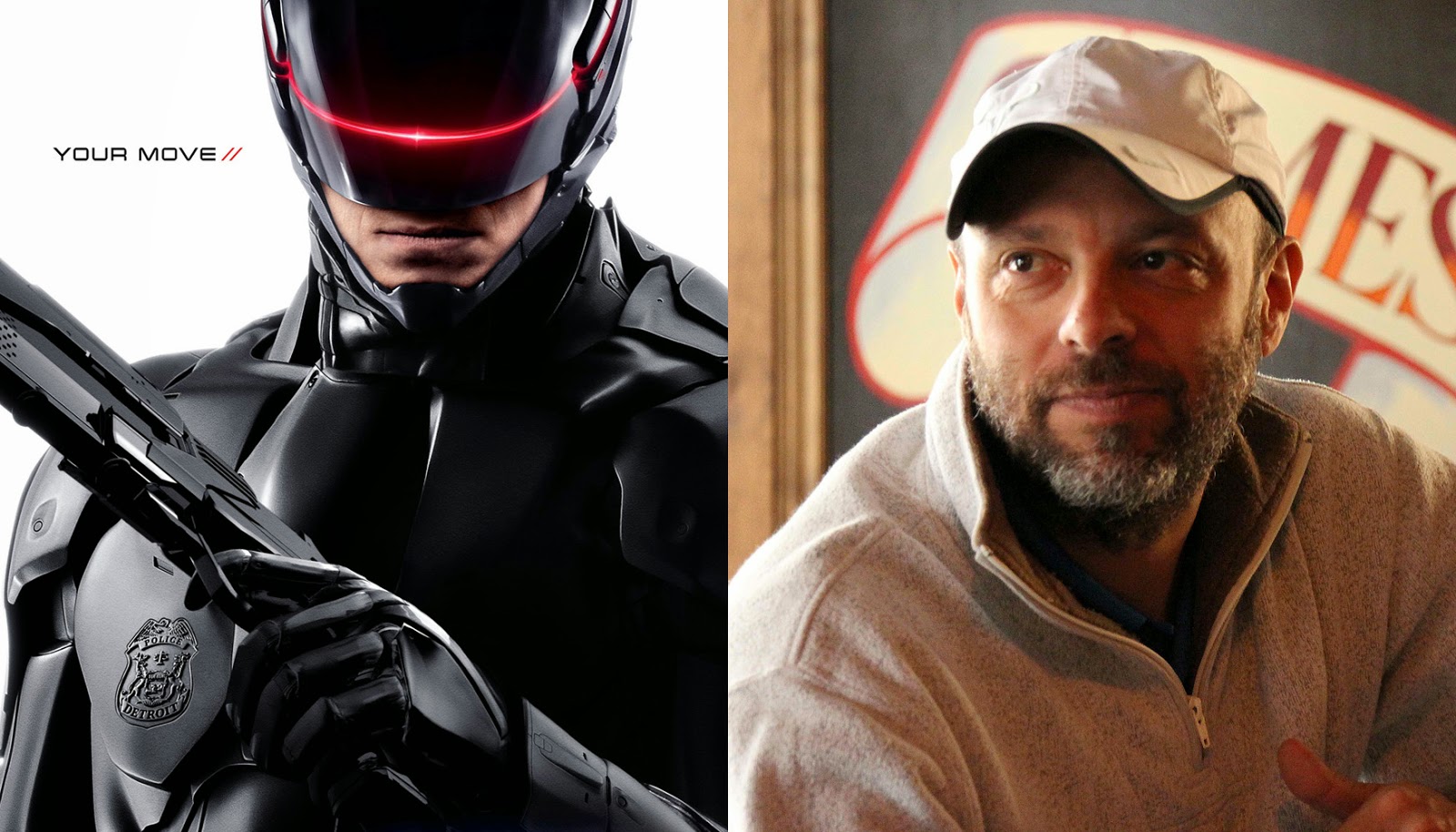 Q: How was the idea of remaking “RoboCop” born?
Jose Padilha: Around 3 years ago I went to a meeting at MGM, because they wanted to talk to me about some projects they had. They mentioned several movies they were interested in doing but that didn’t really appeal to me, until I saw they had a poster of the original “RoboCop” on the wall in the background and I said to them: ‘That’s the one I want to do!’

Q. Why did you want to do it?
Padilha: Because I wanted to shoot a movie that talked about the relation between fascism and the automation of law enforcement, like the first film already did; but make it more current, as we are on the verge of having to face this reality.

Q: What was the main premise of the story?
Padilha: We are in the future (2028) and all the superpowers are using robots for war, but in America they don’t allow them to be deployed domestically for law enforcement because there is a law that forbids the machine to pull the trigger. That was my take from day 1, in that room, and that is the movie we have shot.

Q: How was the process of finding the right actor to play the lead role of Alex Murphy/RoboCop?
Padilha: I spent a lot of time trying to find the right actor for this role, and Joel Kinnaman - after delivering a great first audition - was the one that kept coming back and doing it better and better. And even though we didn’t have a finished script then, but only a couple of scenes for him to read, every time he returned he just nailed it. And that kept on happening until the moment I said: ‘Guys, lets stop looking. We have him!’”

Q: What do you believe Joel Kinnaman brought to that complex character?
Padilha: He was very patient, because every day he had to arrive to set early in order to put the suit on. And, actually, he did a lot of action scenes himself in that suit! But, to me, the most important thing he did was to deliver the extraordinary performance of a man who has a wife and a son he really loves and then one day wakes up to realize that he almost died and that to save his life his wife consented to a procedure that turned him into a robot. Now, to face that reality and understand the limitations of being a robot (you can’t touch your wife or your son, or even sleep at home) are amazing dramatic circumstances that in this case had to be delivered only with his face and one hand, and Joel did it brilliantly.

Q: How does his wife Clara react to what happens?
Padilha: The character of Clara Murphy is very dramatic because she has a loving husband and son, who really needs his father, and then suddenly she is forced to see Alex in a life and death situation and make a decision under a gigantic amount of pressure: am I going to allow this procedure to be done to him with the chance of seeing him later or should I let him go?

Q. Australian actress Abbie Cornish plays Clara Murphy. What was required of her for that role?
Padilha: What was required of her was a pretty big range, because we see her with her husband as a happy couple but later also under a lot of stress. That’s not a role that can be played by any actress, but Abbie is just fantastic. The moment I saw her audition I knew she was Clara Murphy.

Q. And what can you say about Gary Oldman, who plays the scientist that makes the RoboCop project come to life?
Padilha: Gary is one of the most talented actors alive, who has complete control of the set and of the craft of his job. And, on top of that, he has this amazing talent to turn it on and off in a split second. He is so good that he can even make bad lines in a script work, which is something you have to be careful with because then you might not realize they weren’t bad lines in the first place… But Gary, of course, will tell you so.

Q. Michael Keaton portrays the head of OmniCorp, Raymond Sellars, the main villain of the story.
Padilha: Yes, but it is important to say that our villain is kind of grounded, manages a gigantic corporation and is also a genius. Michael created a character that was on the border between right and wrong, which was very smart. His performance in RoboCop is one of my favorites.

Q. Then you have Samuel L. Jackson as the media mogul Pat Novak, a huge supporter of the RoboCop program and OmniCorp’s plans to introduce law enforcement robots in America.
Padilha: He is just a force of nature as this media guy. When he steps onto the set every single camera looks at him.”

Q. How relevant are the themes of this film today?
Padilha: Paul Verhoeven created an iconic character that embodied the philosophical concept that automated law enforcement could lead to fascism. Funnily enough he did this in 1987, but now we are very close to this actually happening.

Q. Can you explain how close we are to this being a reality that we will have to deal with?
Padilha: If you open the newspaper every day you are going to end up reading about drones at least 50 times a year, if not more... Now they are piloted, but we are soon going to move on to drones that pilot themselves and robots that go to war and make their own decisions according to very sophisticated hardware and software without people being involved. This is going to happen. It was already in Verhoeven’s movie and it is also the reason I wanted to make this one, because what is being discussed in RoboCop is happening now and is going to be very prominent in the future

Q. So, what was your main goal with RoboCop?
Padilha: The challenge was to make a movie that touches key ideas about politics and about what it means to be human while still reaching a broad audience. You have to strike a balance between the drama and the fun, which you do by finding the right tone.

RoboCop” is distributed by Columbia Pictures, local office of Sony Pictures Releasing International. Visit http://www.columbiapictures.com.ph for trailers, exclusive content and free downloads. Like us at www.Facebook.com/ColumbiaPicturesPH and join our fan contests.
Posted by LENS Blogger at 4:57 PM