The newest addition to SM Cinema Mall of Asia’s Specialized Theatres – the XD: 4D Cinema is a new 4D experience with enormous in-theatre effects including snow, wind, water, scent, fog and strobe/lightings. It also has seat impactors, motion seats, seat vibrators and even a leg tickler to add a breathtaking fourth dimension experience. 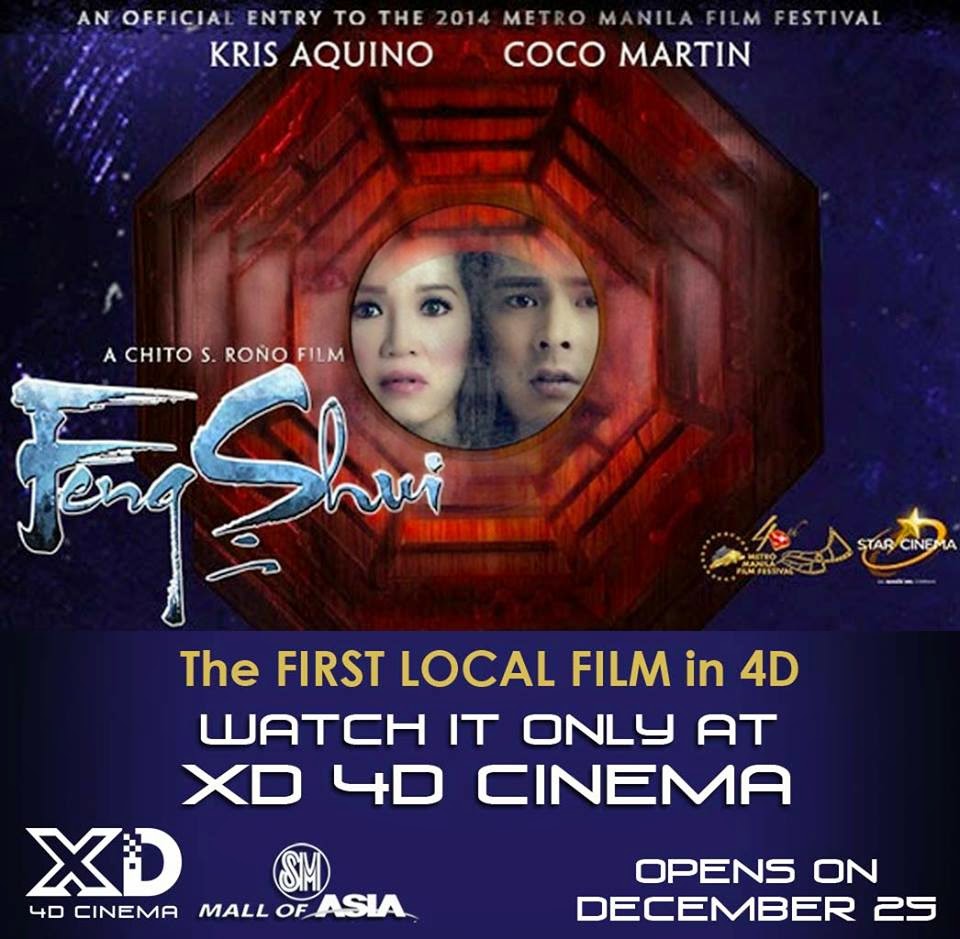 In this year’s upcoming 40th Metro Manila Film Festival, Star Cinema, in partnership with SM Lifestyle Entertainment, Inc. will feature its official entry and Feng Shui, at the XD: 4D Cinema in Mall of Asia. Feng Shui, to be shown on December 25, 2014, will be the first Filipino movie rendered in 4D.

In this highly anticipated second installment of the multi-million Feng Shui film franchise, everything comes in twos with the return of Feng Shui to the big-screen: it’s double the excitement with the awesome tandem of Kris Aquino and Coco Martin; its double the fright with the terrible return of “Lotus Feet;” and it’s double the heart-stopping horror as double luck and double misfortune will befall anyone who will dare to accept anything from the horrific bagua.


Watch the greatest horror movie in the history of Philippine cinema and engage your senses in complete cinematic experience at Mall of Asia’s XD: 4D Cinema!
Posted by LENS Blogger at 8:49 PM