In "The Pyramid," a team of U.S. archaeologists unearths an ancient pyramid buried deep beneath the Egyptian desert. As they search the pyramid's depths, they become hopelessly lost in its dark and endless catacombs. Searching for a way out, they become desperate to seek daylight again. They come to realize they aren't just trapped, they are being hunted. 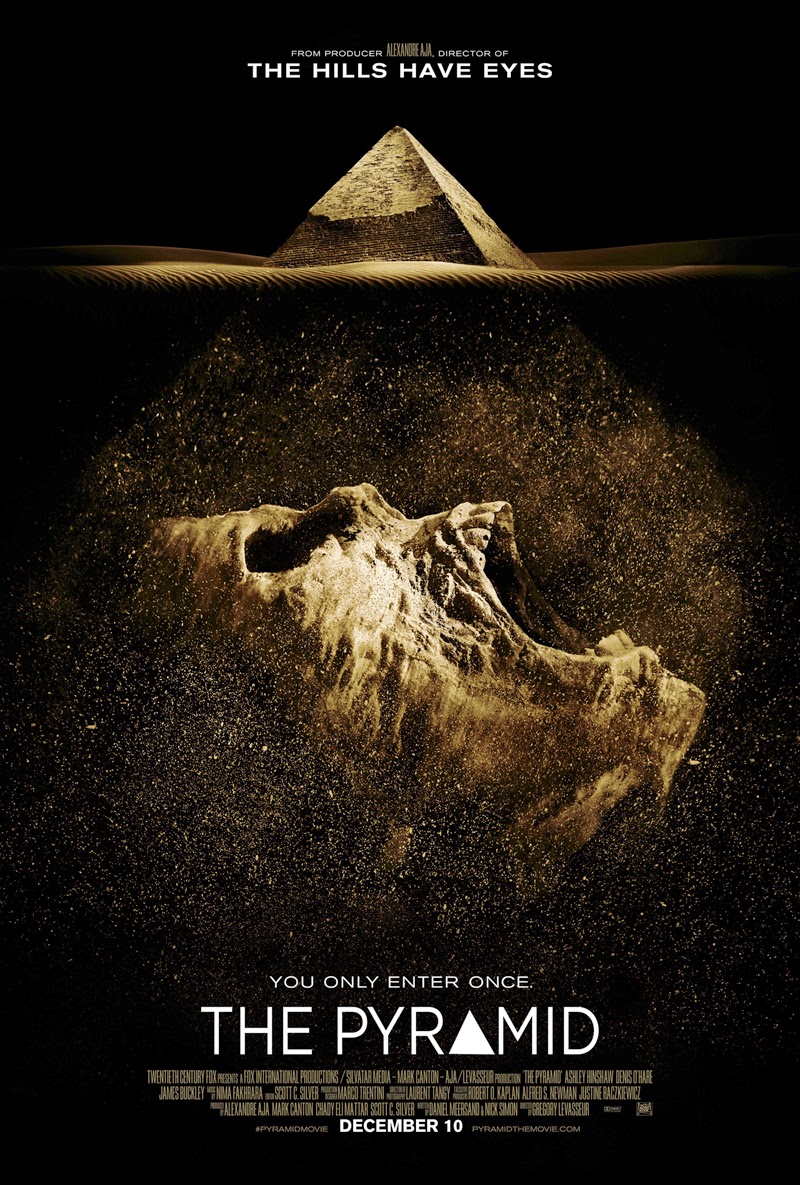 Produced by Alexandre Aja and directed by Gregory Levasseur (known for their thrilling works in "The Hills Have Eyes," "P2," "Mirrors") "The Pyramid" is a horrifying, hair-raising tale of explorers cursed who dared to enter the ancient wonder.  The movie stars Ashley Hinshaw, Denis O'Hare and James Buckley.

The film follows a cast of characters who enter a newfound pyramid in the Egyptian desert. However, as they begin exploring the labyrinthine structure, they quickly realize that what they are actually standing in is a sort of prison – and what that prison is keeping trapped inside is something more nightmarish than any of the explorers could’ve imagined.
Alexandre Aja shared in this year’s Comic Con that the movie is too intense such that they preferred to retain the movie’s effective scares.  “During prep on “Horns” I was going to Morocco to help Greg. The Pyramid was was too intense and we didn’t want to change the movie. The movie’s really cool. The story is based on true fact. American archeologists use a satellite to X-ray the Egyptian desert. In the film, they find an Egyptian pyramid, bigger than any one we know, buried in the sand and they find a way to get in. The Egyptian authority asks them to leave and they have 24 hours to go see what’s inside and they shouldn’t do that. It’s an adventure type movie, but pretty intense. This is The Descent with an Indiana Jones vibe,” Aja said.

"The Pyramid" opens December 10 in cinemas nationwide from 20th Century Fox to be distributed by Warner Bros.
Posted by LENS Blogger at 12:10 AM

Email ThisBlogThis!Share to TwitterShare to FacebookShare to Pinterest
Labels: the pyramid