She has starred in more films that have grossed more than $100 million internationally than any other actress. “The Mask.” “There's Something About Mary.” “Charlie's Angels.” “Shrek.” “The Green Hornet.” “Bad Teacher.” These are just a few of Cameron Diaz's global blockbusters, and now she re-teams with her “Bad Teacher” co-star, Jason Segel, and director, Jake Kasdan, in the outrageous new comedy, “Sex Tape.” 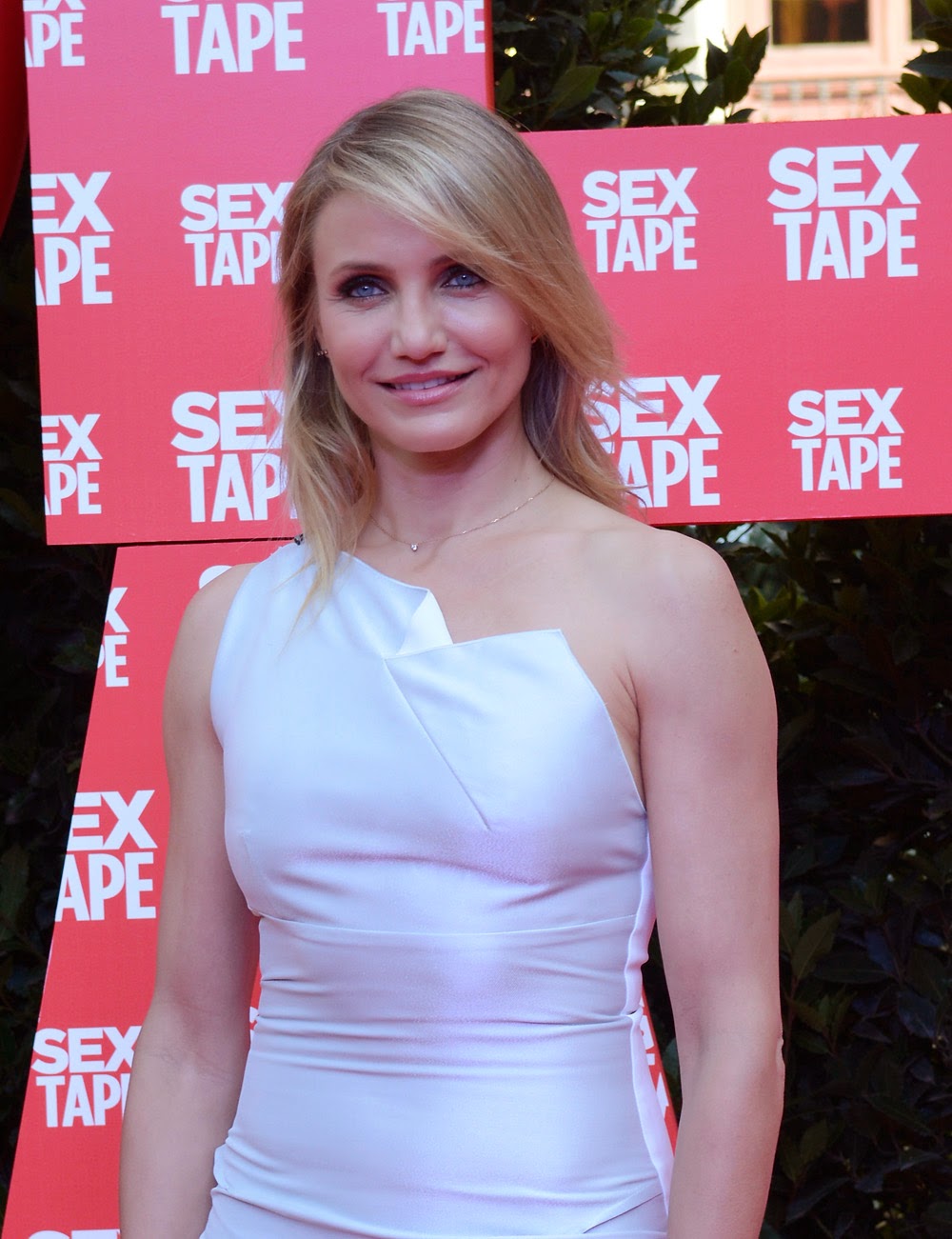 In the film, Jay (Segel) and Annie (Diaz) are a married couple still very much in love, but ten years and two kids have cooled the passion. To get it back, they decide – why not? – to make a video of themselves trying out every position in The Joy of Sex in one marathon three-hour session. It seems like a great idea, until they discover that their most private video has gone public. In a panic, they begin a wild night of adventure – tracking down leads, roping in friends, duping Annie’s boss – all to reclaim their video, their reputation, their sanity, and, most importantly, their marriage.Ultimately, much of the execution is about the actors who play the parts, and both Jason and Cameron have this deep, inherent honesty to what they do.”

“I was hoping for the opportunity to work with Jake and Jason again,” says Diaz. “The experience of `Bad Teacher' was so much fun, but it happened so fast. It was one of those films that had to be done very quickly – there was no time to play. `Sex Tape' was very different, and a very intimate experience for the three of us because of the content and the humor.”
Director Kasdan notes that the roles of Annie and Jay were written expressly for Cameron Diaz and Jason Segel. “Working with Cameron and Jason on `Bad Teacher' was one of the great experiences I've ever had,” says Kasdan. “And I really wanted to find something else for them – I knew that they were hilarious together and I knew that, in these very different roles, we could pick up where we had left off on the first movie and do something completely new. I had a strong hunch that there would be something kind of spectacular between them, in these characters, and they surpassed all of my hopes and expectations. As actors, they are both hugely supportive teammates that really commit, and as comedians, they're generous with each other and eager to set each other up to get a laugh. They pitch jokes for each other... And then of course, they're both just hugely appealing, on their own and together"

To portray Annie, Cameron Diaz says she embraced her character’s everywoman qualities. “Annie is a mom, she’s a wife—someone for whom everything is about her family,” describes Diaz. “She loves her partnership with her husband and has an adventurous and playful spirit—she’s content with her life and she utilizes her blog as a release. It’s a way of talking about the things that she cares about, to work them out for herself as well as her readers. As Annie expresses on her blog, you always remember what it was like in the beginning of the relationship and wonder how can we get that back. When you’ve been with somebody for a long time it’s hard to keep the physical part of your relationship going – you really have to work at it.”

Diaz says she was never intimidated by the material, because she knew that she would be working with Segel. “Considering that this is a film where we had to be naked with each other, here was a partnership where I could feel so safe and at the same time, completely playful,” she says. “We could laugh and find humor in what we were doing and at the same time tell the story of these two people who really love each other in a real way. We’re not trying to be shocking just for the sake of shocking. Annie and Jay are doing some crazy stuff that they never thought they would ever do, and they’re doing it with somebody they each feel safe with. And that’s how I feel about Jason – he’s just the guy you can do that with.”

“Cameron is really game,” says Segel, “and she’s a student of comedy. One of my pet peeves is people who settle for pleasant instead of funny, and Cameron goes for it every time.”

“Sex Tape” is distributed by Columbia Pictures, local office of Sony Pictures Releasing International.
Posted by LENS Blogger at 12:53 AM