Movie Feature on A Walk Among The Tombstones

Based on LAWRENCE BLOCK’s best-selling series of mystery novels, A Walk Among the Tombstones stars LIAM NEESON (Non-Stop, Taken series) as Matt Scudder, an ex-NYPD cop who now works as an unlicensed private investigator operating just outside the law. When Scudder reluctantly agrees to help heroin trafficker Kenny Kristo (DAN STEVENS of television’s Downton Abbey) hunt down the men who kidnapped and then brutally murdered his wife, the PI learns that this is not the first time these men have committed this sort of twisted crime…nor will it be the last. Blurring the lines between right and wrong, Scudder races to track the deviants through the backstreets of New York City before they kill again. 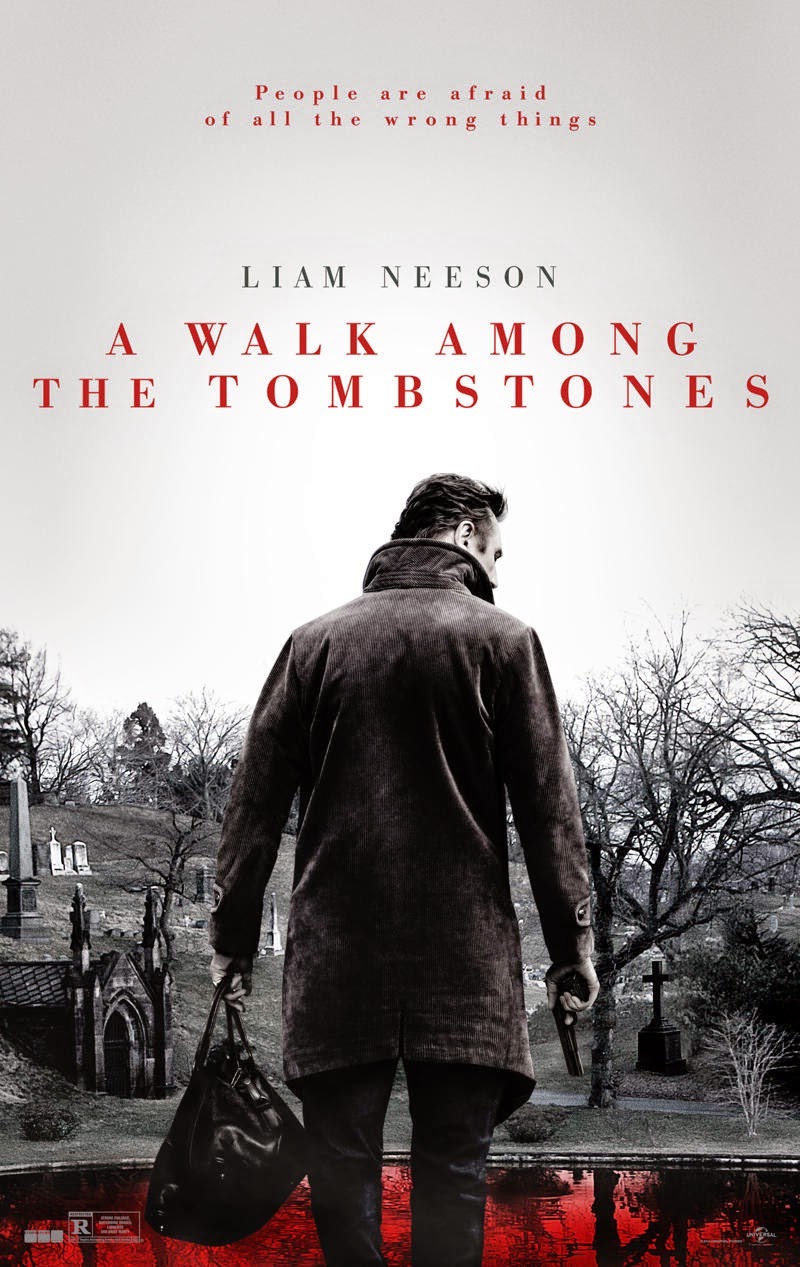 Co-starring in the suspense thriller are BOYD HOLBROOK (Very Good Girls) as Peter Kristo, Kenny’s brother and a recovering drug addict who enlists Scudder’s help tracking down the murderers; DAVID HARBOUR (Quantum of Solace) as Ray and ADAM DAVID THOMPSON (Martha Marcy May Marlene) as Albert, two demented serial killers whose ability to fade into the shadows allows them to stay one step ahead of the police; and BRIAN “ASTRO” BRADLEY (Earth to Echo) as TJ, a homeless young artist who befriends the ex-cop. LIAM NEESON stars as private detective Matt Scudder.

Supporting the key cast of the film are SEBASTIAN ROCHÉ (Beowulf ) as Yuri Landau, a Russian drug dealer racing to save his daughter before she becomes another innocent victim; MARK CONSUELOS (TV’s American Horror Story) as Reuben Quintana, who proves to have key intel during Scudder’s search; and ÓLAFUR DARRI ÓLAFSSON (Contraband) as James Loogan, a cemetery groundskeeper with disturbingly intimate knowledge of the crimes that have shaken the city. Led by Academy Award®-nominated filmmaker
SCOTT FRANK (writer/director of The Lookout and writer of Out of Sight, Minority Report, The Wolverine), who directs the film and adapted Block’s novel for the screen, A Walk Among the Tombstones has a multiple award-winning creative team that includes cinematographer MIHAI MALAIMARE, JR. (The Master, Tetro), production designer DAVID BRISBIN (The Lookout, The Twilight Saga: New Moon), editor  JILL SAVITT (The Lookout, Secret Window), costume designer BETSY HEIMANN (Pulp Fiction, Almost Famous) and composer CARLOS RAFAEL RIVERA.

Email ThisBlogThis!Share to TwitterShare to FacebookShare to Pinterest
Labels: a walk among the tombstones