Korean actor Ki Hong Lee has obviously set a firm pace to stardom starring opposite Dylan O'Brien in the upcoming book adaptation of "The Maze Runner."  By the looks of it, the recently concluded Greenies Screening in the Phils. had the girls giggling after the movie, charmed by his notable presence and performance in the movie. 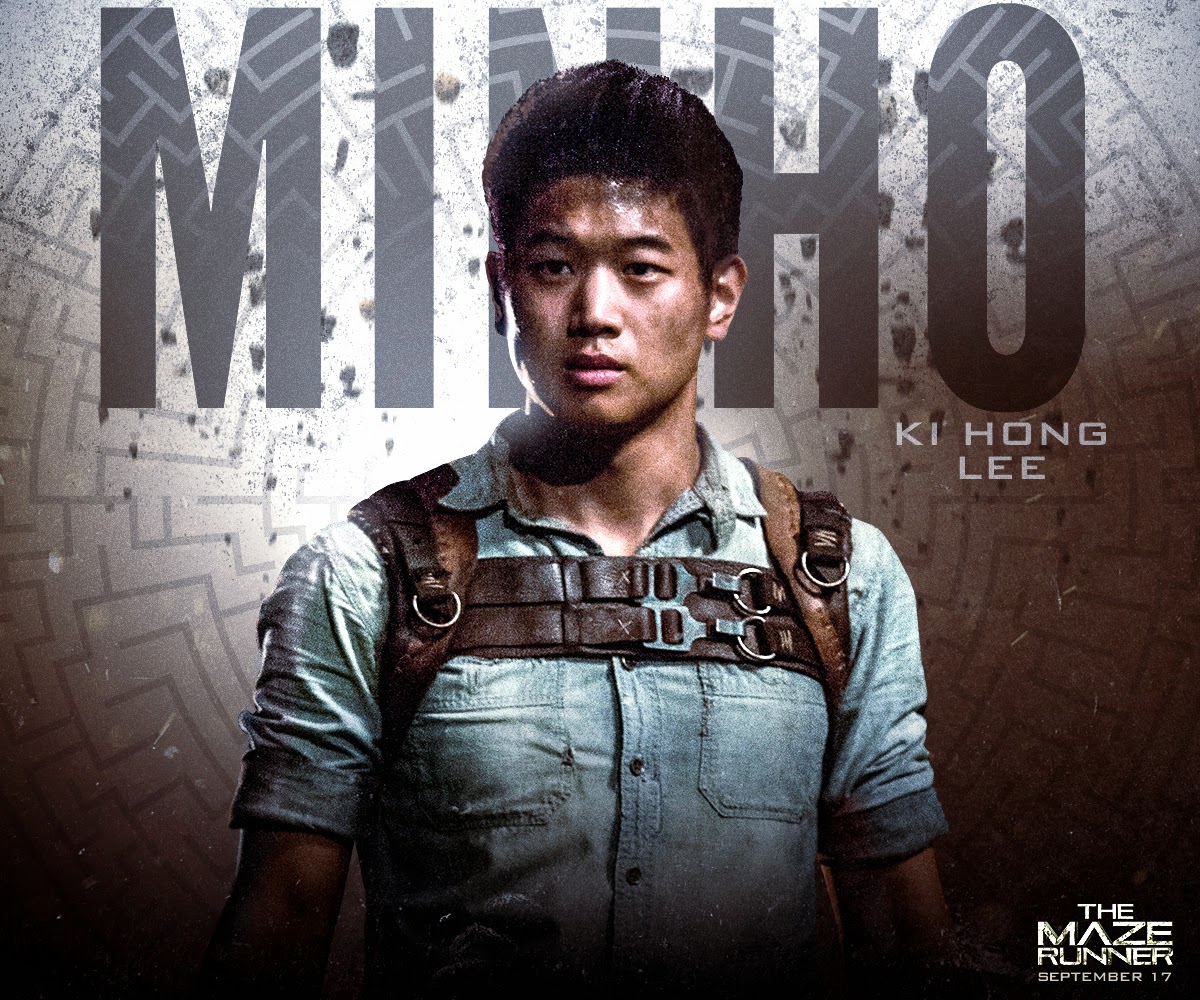 Thomas (O'Brien) wakes up in a lift, moving slowly upward. As the box grinds to a halt and the doors open, he finds himself among a colony of boys who welcome him to the Glade – a large open expanse surrounded by enormous concrete walls. Thomas’ mind is blank. He has no knowledge of where he is, doesn’t know where he came from, and he can’t remember his parents, his past, or even his own name.
Thomas and his fellow “Gladers” don’t know how or why they got to the Glade.  Thomas learns that each resident of the Glade has a role to play, from gardening to construction to being one of the elite runners who map the walls of the Maze that keep them captive and change configurations every night. Maze Runners race the clock to cover as much ground as possible before the end of the day when theMaze locks down and the deadly biomechanical Grievers roam the corridors of the concrete structure.

The elite among the Gladers are called Runners, whose athleticism propels them through the Maze each day, which helps them compile a map of the foreboding structure and, maybe, figure out a way to escape.  Their captain is Minho, played by Ki Hong Lee.  The young actor grew to understand his position of leadership among the Gladers in a very individual way.  “I looked at the Marines and the Army and, and I consider Minho like a general of the Gladers,” Lee explains, “It’s his job to rally the troops.”

Running through the massive walls which is both industrial and ancient in construction, Minho along with Thomas, runs into the Maze everyday and goes back to the Glade to bring back hope and memorizes each run so he can piece together the intricate and ever changing structure of the Maze.   "Minho doesn't say much - he just runs fast which makes him invaluable for solving the riddle of the maze. He's an Indiana Jones-type adventure dude," says director Wes Ball.  "He's the fastest, most bad-ass guy who goes out into the Maze everyday.  He's kind of a mysterious guy, but will eventually open up too."
Ki Hong Lee (Minho) began acting in middle school, performing in church skits, and he grew to love the stage and maintains a passion for theater. Lee recently played the much-beloved character Paul in ABC Family’s "The Nine Lives Of Chloe King," and took part in the film adaptation of "Yellowface," from the Tony Award®-winning playwright David Henry Hwang. Additionally on stage he debuted at Los Angeles’ East West Players in a play called "Wrinkles," which was the first time his father was able to see Lee perform, so the play remains very special to him.

In his personal life, Lee has a passion for people, education and good causes. A graduate of UC Berkeley, he has served in some form of student government from middle school through college. Raised in different cultures, from Seoul to Auckland, Lee considers himself to be a California soul at heart, and could not continue life without good Mexican food in regular doses. He also enjoys sports, particularly basketball, football and tennis. His favorite football team – the Dallas Cowboys.

"The Maze Runner" sprints in cinemas nationwide this September 17 from 20th Century Fox to be distributed by Warner Bros.
Posted by LENS Blogger at 11:26 PM