DON’T BE LEFT BEHIND: “THE MAZE RUNNER” NOW IN CINEMAS


Can W.C.K.D. be good? Find out in the thrilling and out-of-your-breath action adventure film “The Maze Runner” starring a group of amaze-ing young boys and a girl – headed by Dylan O’Brien, Thomas Brodie-Sangster, Will Poulter, Aml Ameen, Blake Cooper and Kaya Scodelario. 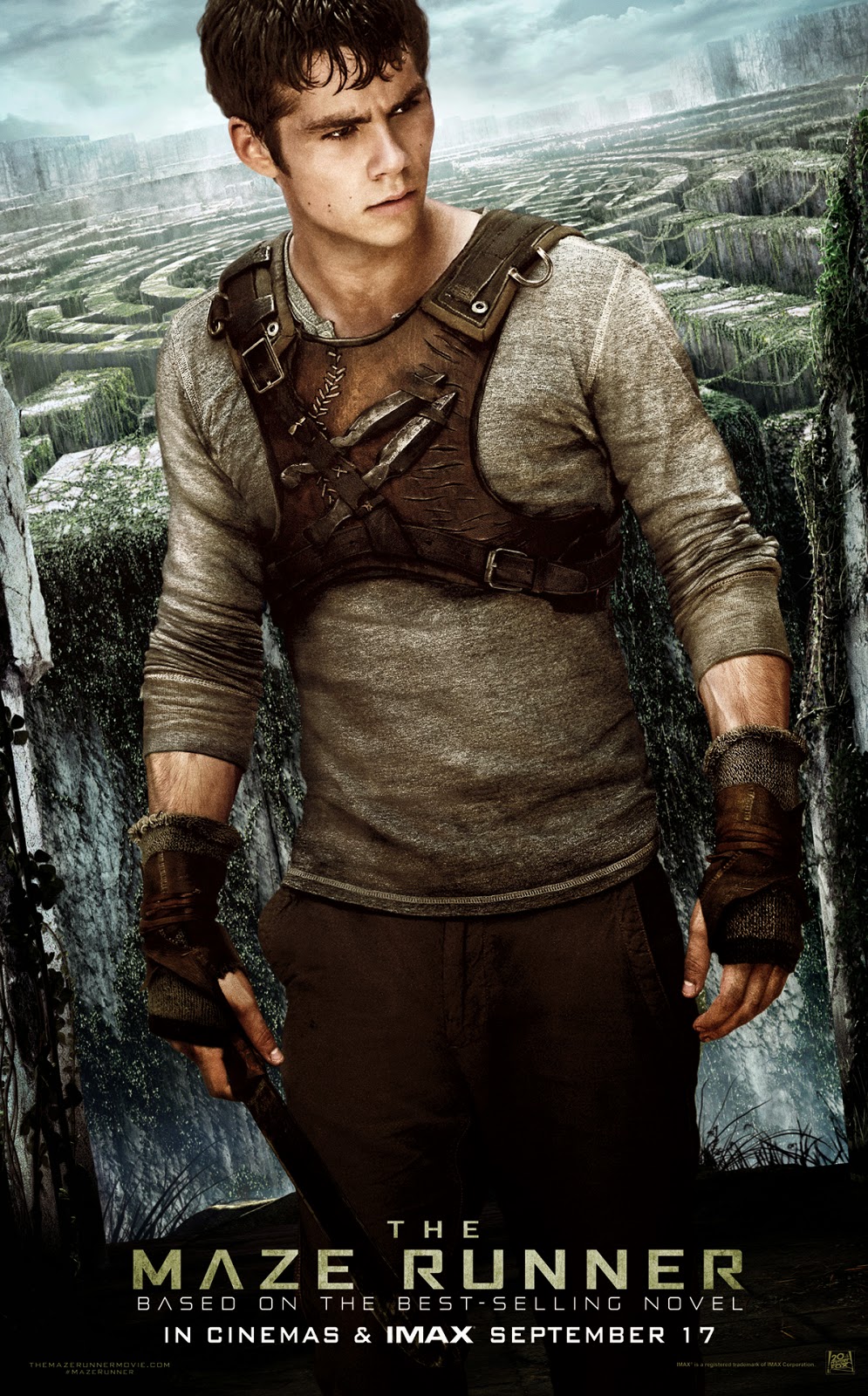 Directed by Wes Ball, the movie opened in Philippine cinemas (last September 17) with fever-pitch anticipation from movie enthusiasts especially from the young adult crowd from whom the book has enjoyed immense success catapulting it to one of YA bestselling series of all time. 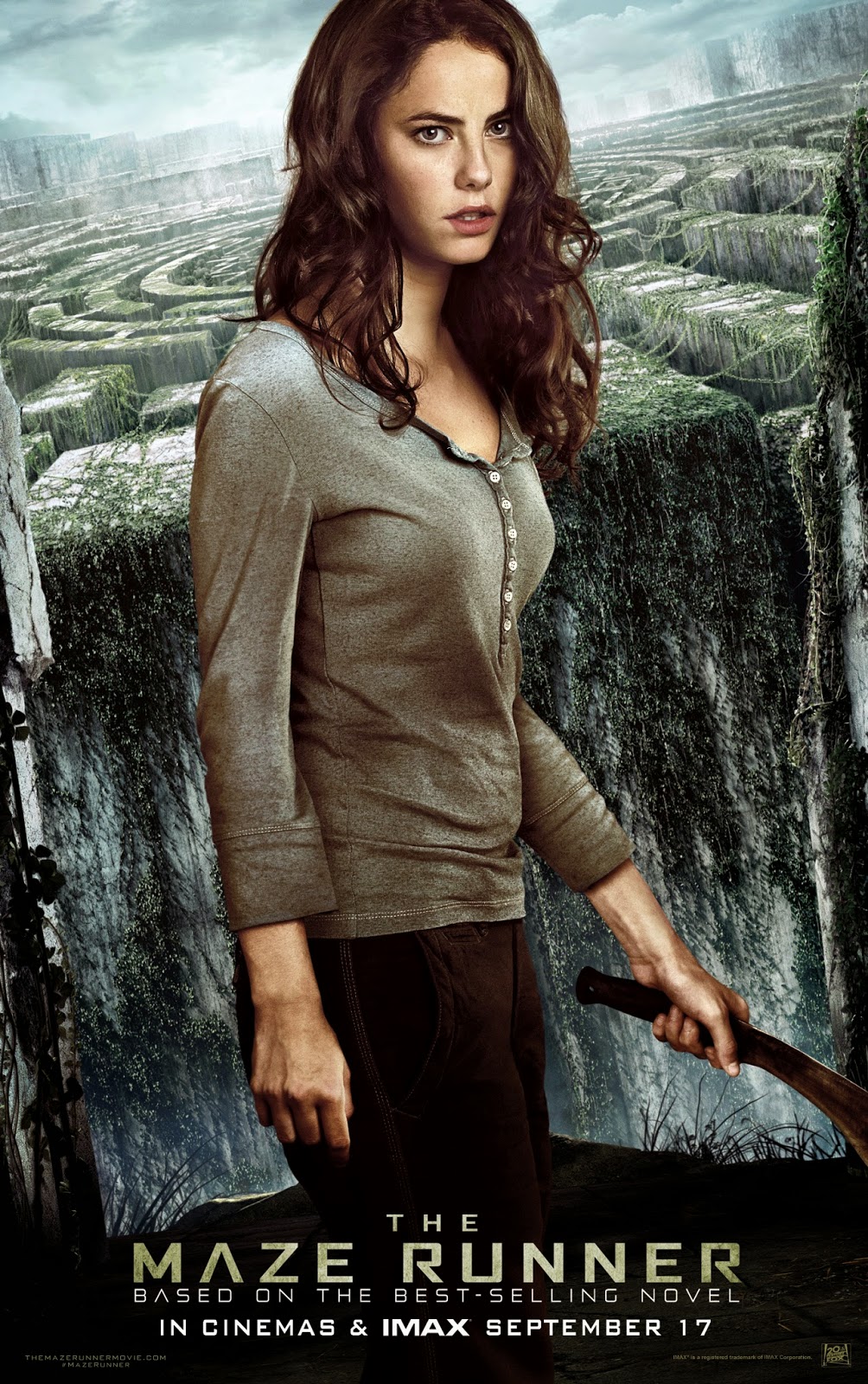 In the movie, Thomas (O’Brien) wakes up trapped in a massive maze with a group of other boys, they call it the Glade, he has no memory of the outside world other than strange dreams about a mysterious organization known as W.C.K.D.  Within the glade stands a massive series of walls that forms a dangerous maze where their only hope to escape lies at the end of each cluster, but the walls change every single day, as such they assign runners, the fastest of the bunch to track and take mental notes of the maze’s secrets. 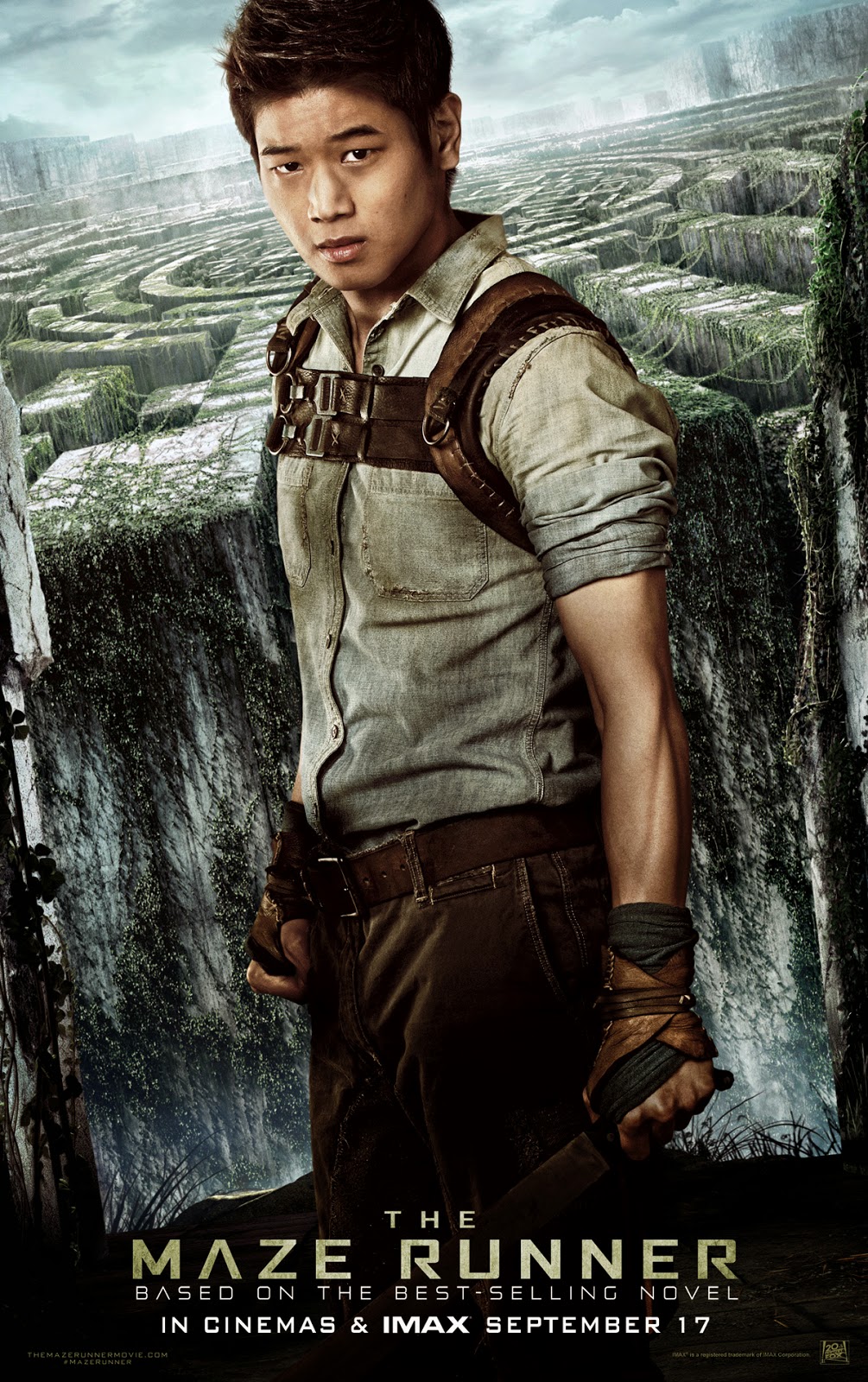 “The Maze Runner” also brims with a cast full of talent within its action-packed and visually stunning production, director Ball and producer Wyck Godfrey assembled an impressive cast to form a highly functional society as they perform their daily jobs, look out for each other and engage in power struggles as they try to solve the mystery of the Maze. Godfrey says, “The casting was one of the most exciting things about the project.  The actors really believed in this world, and we went far afield to find them.” 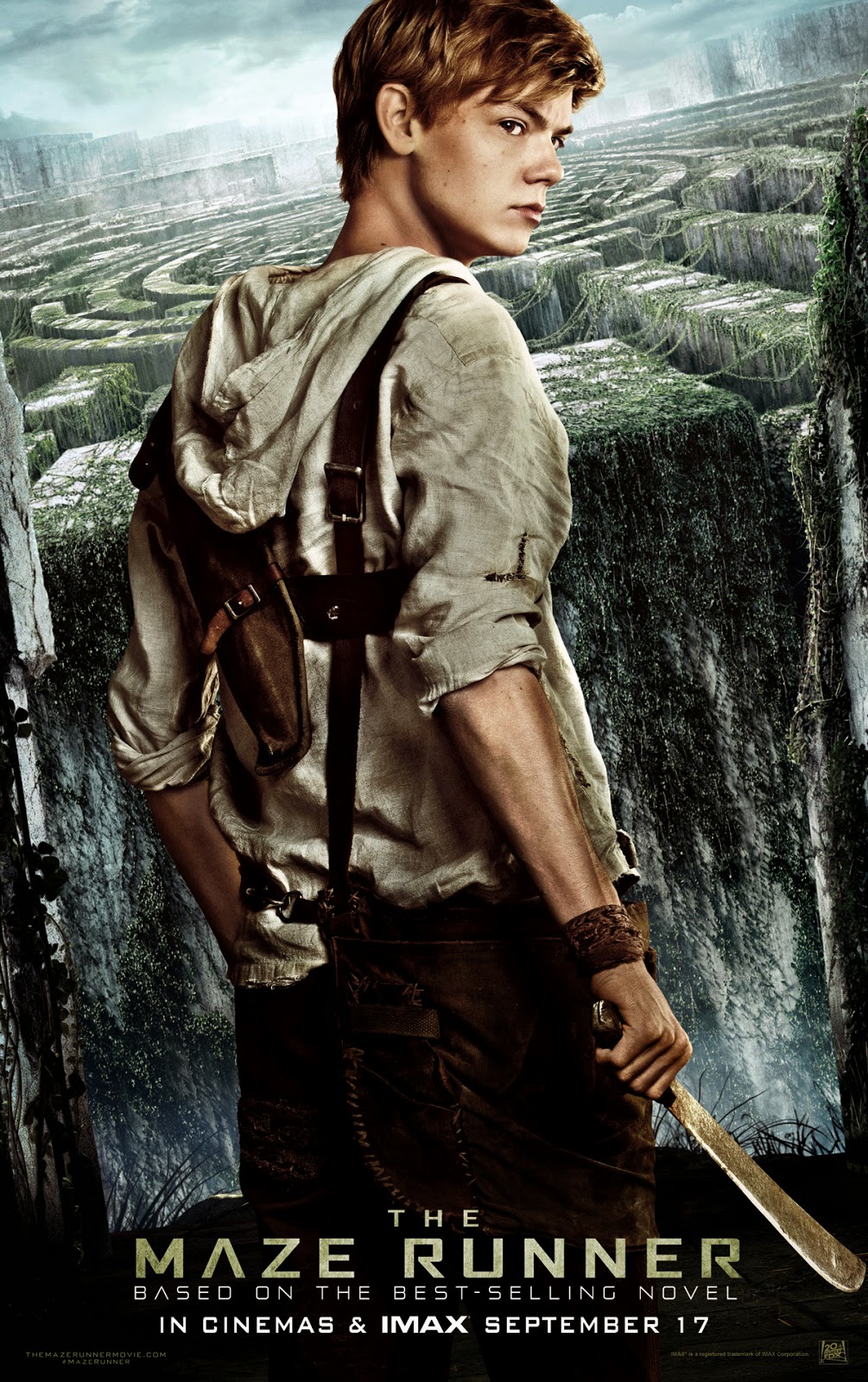 Thomas, played by Dylan O’Brien is the boy who takes that step forward when everybody else takes a step back.  He’s curious and comes to learn that he is just one of many who have come up on that elevator once a month over a three year period. 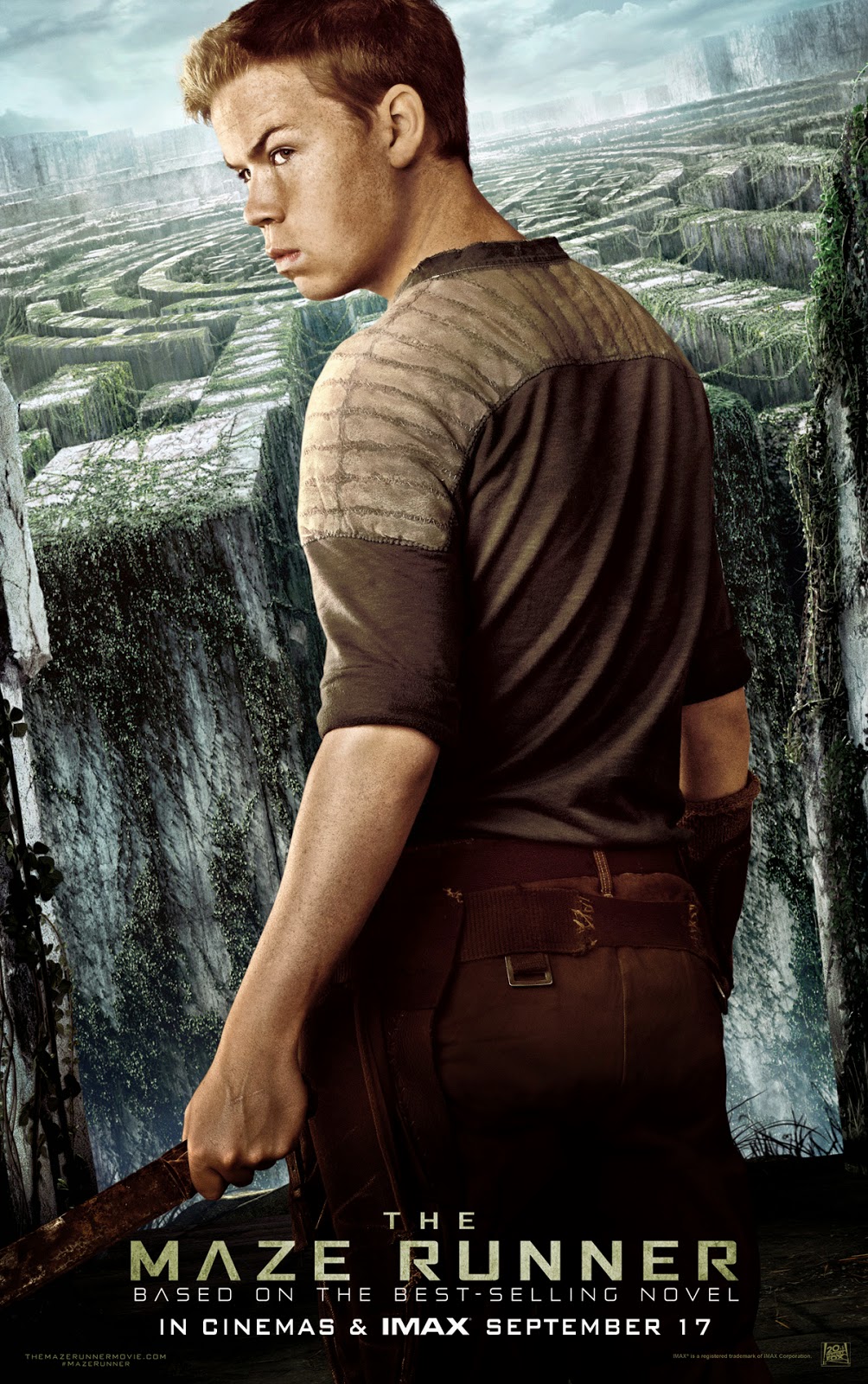 The leader of these Gladers is Alby, who’s the closest thing to a father figure.  “Alby is the main dude,” says Ball.  “He was the first Glader, the first boy sent up the elevator, and he had to survive an entire month by himself not knowing where he was and without any help. Then the next guy showed up.  Alby figured out that order and discipline were necessary to survive in this world.  He’s very protective of it.”

Thomas’s nemesis in the Glade is Gally.  Smart and intimidating, Gally wants to maintain the status quo and clashes with the new arrival.  “But Gally and Thomas are really two sides of the same coin,” notes Ball.  “Thomas fully embraces and charges into the unknown and Gally is all about self-preservation and keeping things safe and normal.”

Alby’s lieutenant, Newt, is played by Thomas Brodie-Sangster (voice of Ferb in “Phineas and Ferb”), who appears in the hit HBO series “Game of Thrones” and first gained attention for his performance in “Love, Actually.”  Newt walks with a limp that’s not fully explained because it’s something he’d prefer not to talk about.  Nevertheless, Brodie-Sangster says the character is “the fun one of the group, the one that everyone gets along with.  The Gladers come to Newt with their problems because they like and trust him.”

British actress Kaya Scodelario plays the only young woman among the Gladers, Teresa, who has a mysterious connection with Thomas. Having made her name with the UK TV series Skins, Scodelario impressed the filmmakers by being “one of the guys,” as Godfrey puts it. “She’s badass, which is what you need to be if you’re going to be thrust into the world of the Glade with all these young men.”

The elite among the Gladers are called Runners, whose athleticism propels them through the Maze each day, which helps them compile a map of the foreboding structure and, maybe, figure out a way to escape.  Their captain is Minho, played by Ki Hong Lee.  The young actor grew to understand his position of leadership among the Gladers in a very individual way.  “I looked at the Marines and the Army and, and I consider Minho like a general of the Gladers,” Lee explains, “It’s his job to rally the troops.”

“The Maze Runner” is now playing in cinemas across the Phils. from 20th Century Fox distributed by Warner Bros.
Posted by LENS Blogger at 12:53 AM

Email ThisBlogThis!Share to TwitterShare to FacebookShare to Pinterest
Labels: the maze runner