PUDSEY STARS IN HIS OWN MOVIE


Pudsey who won with his owner Ashleigh in 2012’s Britain’s Got Talent leaps to the big screen in “Pudsey: The Movie” where he plays a London stray that eventually meets  three kind-hearted siblings who takes him home after he saves one of them from a bullying incident. 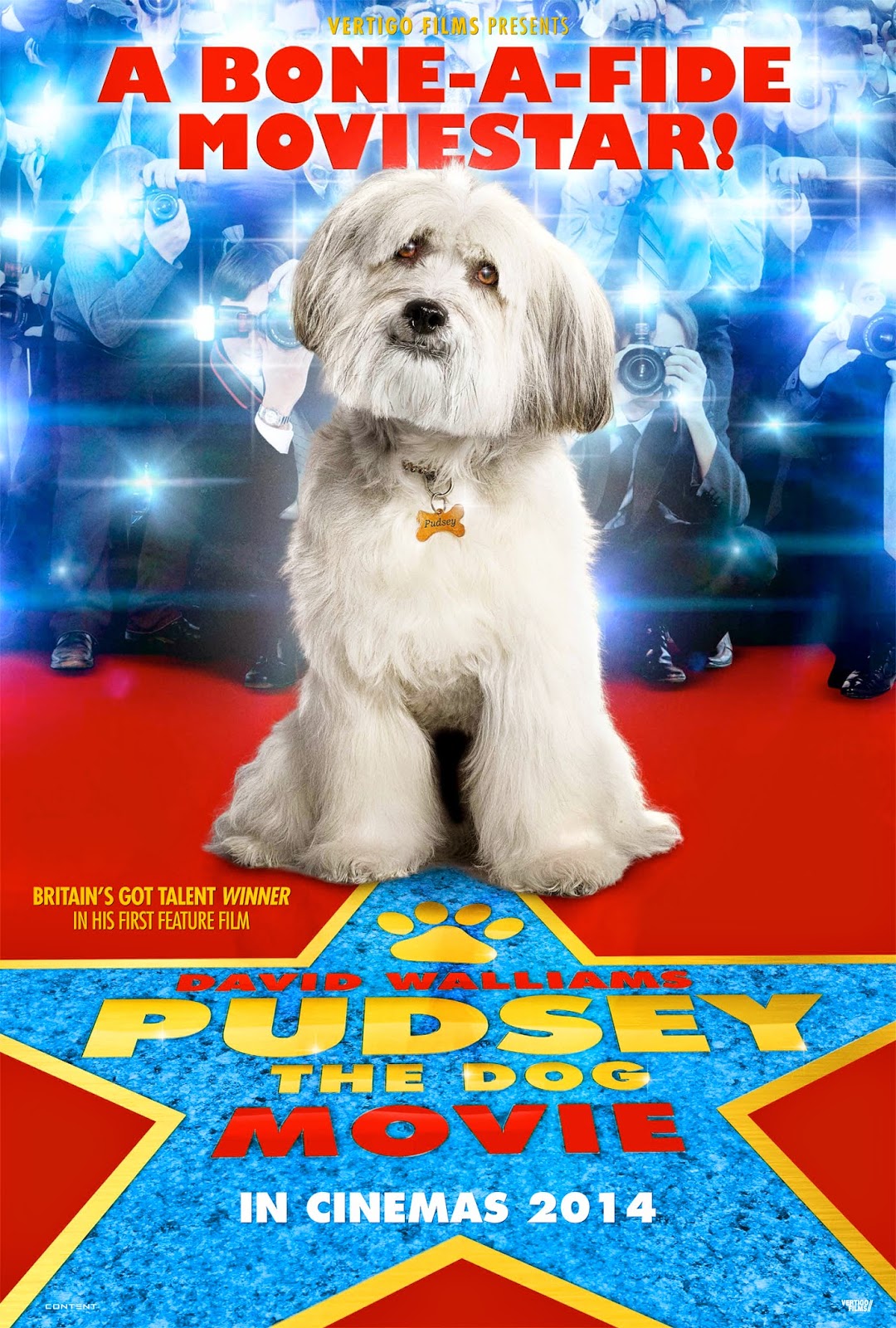 In the movie, Pudsey is quite happy being a lone ranger until he meets siblings Molly (Izzy Meikle-Small), George (Spike White) and Tommy (Malachy Knights).  After losing their father, their mother Gail (Jessica Hynes) is moving the family to the sleepy village of Chuffington and Pudsey tags along, to the dismay of their landlord, Mr. Thorne (John Sessions), and his cat Faustus. As Pudsey starts to settle in with the family and realize what he was missing when he was alone, he stumbles across Thorne's evil plan and he determines to save them and the whole village.

Simon Cowell's Syco Entertainment and Vertigo Films produce the movie under the direction of Nick Moore.
Rupert Preston of Vertigo states "We're delighted to be developing this idea with Syco and we can't wait to bring Pudsey to the big screen, it will be great, feel-good, fun entertainment for all the family."

Mark Brittain, Global Commercial Director for Syco, adds: "This is a really exciting initiative for us - and we look forward to working with Vertigo as it develops."  Further, Pudsey's manager Jonathan Shalit, of Roar Global, adds: "The British people love Pudsey. He has met the Queen and was invited to 10 Downing Street by the Prime Minister. This represents a hugely exciting next step."

“Pudsey: The Movie” is now showing exclusively in SM Cinemas nationwide and distributed by Silverline, Inc.
Posted by LENS Blogger at 12:41 AM

Email ThisBlogThis!Share to TwitterShare to FacebookShare to Pinterest
Labels: pudsey the movie