Spend Your Valentine's Day With CinemaWorld

Laugh, cry, and fall in love this February with CinemaWorld’s new line up of movies.  The new international channel boasts a fresh line-up of international movies that is unique in Philippine television.

CinemaWorld brings only the best from the world’s most renowned storytellers.  From Drama, Comedy, Suspense, to Romance – you will be guaranteed a whole new world of entertainment beyond Hollywood.

Be sure to catch the premiere of some of these romance films – just in time for the Valentine’s season – on CinemaWorld this February. 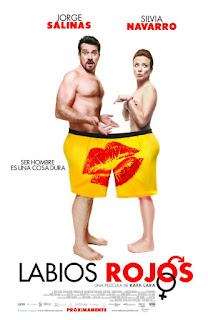 Ricardo (Jorge Salinas Pérez), a brilliant publicist, is married to Blanca (Silvia Navarro), a young and beautiful housewife.  Their love is tested when Ricardo finds himself unable to perform in bed with his luscious wife, whose red lips have always been able to drive him wild.  This incompatibility will cause a series of absurd and desperate situations in the hope of rekindling the dying magic between the two.  Find out how Ricardo deals with trials, temptations, and more in this 2011 Mexican Romance movie by Rafael Lara on February 17, 9:00 PM. 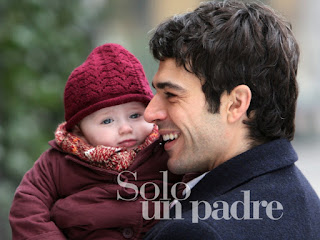 Carlo (Luca Argentero) is a thirty-year old dermatologist whose life has always been perfect –  caring parents, a thriving career, and good friends.  But one day, Carlo’s idyllic life is suddenly turned upside down when his young wife dies while giving birth to their baby daughter, Sofia.  He tries to adjust to his loss, but the care of his baby daughter taxes him physically and mentally.  Until, one day, his emotional vacuum is filled by the arrival of Camille, whose cheerful attitude towards life lifts him up and helps him understand what it really means to be a father.  Director Luca Lucini was nominated for the Grand Jury Prize during the 2010 Bastia Italian Film Festival.  Watch the heartwarming Just a Father first on February 24, 9:00 PM.

Enjoy the feeling of being in love this February Red Lips and Just A Father, as well as with CinemaWorld’s special Valentine’s Day line-up every Thursday at 9:00 PM.  Be sure to catch movies like The Best Man, a Romantic Comedy from the United Kingdom; My Words, My Lies, My Love, a German Romantic Comedy; Iranian Drama Love at Forty; and, Chocolate Kisses with Italian superstar Luca Argentero.

Spice up your weekends with Saturday Festival Pick Ivan’s Dream, a Spanish Comedy about football and puppy love, coming out first on February 9, 9:00 PM, and with this month’s Sunday See The World movies Summer Window, a German Drama on second chances, premiering February 3 at 9:00 PM; and, Chinese Takeaway, the highest grossing non-US movie in Argentina in its year of release, showing first on February 10 at 9:00 PM.

All these and more on CinemaWorld, available in Metro Manila on Cable Link on channel 301, and on an a la carte subscription or through the HD Movie Pack of SkyCable on channel 184.
Posted by LENS Blogger at 2:09 PM

Email ThisBlogThis!Share to TwitterShare to FacebookShare to Pinterest
Labels: cinemaworld in february