The Swedish Invades CinemaWorld In September

CinemaWorld, the channel that offers only compelling, award-winning and box-office movies from around the globe, brings one of the best-selling Swedish novels turned Crime Thriller series to Philippine television.

Set to be shown during CinemaWorld’s Thriller Fridays, from the producers of The Girl With The Dragon Tattoo, Wallander is a Swedish Crime Thriller series based on the novels of Henning Mankell, the godfather of Swedish Crime Thrillers, starring Krister Henriksson as Kurt Wallander.  These novels have sold more than 30 million copies worldwide and, consequently, have been made into a Swedish television series.  CinemaWorld is bringing the best episodes of Wallander to the channel for viewers to enjoy. 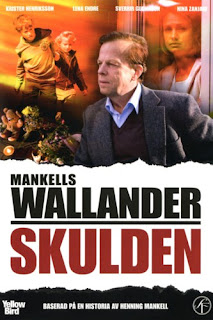 Albin Landberg, six-year old nursery student, was found dead floating in the sea, pumped full of sedatives.  Suspects are pinpointed, from recently-released pedophile Greger Frankman, to unfaithful nursery helper Rebecka.  Yet upon discovering that Albin's older, adoptive brother Viktor was given the same tablets discovered in Albin's corpse by his father brings the investigation tragically closer to home.  Find out the truth on September 6, at 11:00 PM.


Ystad is plagued by several robberies of security vans, with cars set on fire and motorways being blocked.  Police cadets Isabelle and Pontus try to hunt down the robbers but end up with Pontus being captured.  Kurt Wallander finds a clue that leads him to Sven Adelgren, an older friend and former colleague, who now works for the security company Skandiguard, which owns the security vans that have been robbed.  See what happens next on September 13, at 11:00 PM.


A man and a woman die after a fire and gas explosion in their home.  After the deceased man was identified, an intricate web of betrayal and secret love affairs begin to surface.  A deceived colleague of the murdered man was immediately looked at as a suspect until he too was found murdered.  As Wallander searches in the men’s past, he finds a probable culprit: a man who has travelled far and whose mission is yet not finished – not until his daughter gets to meet her dead father in the flesh again.  Catch this episode of the Wallander series on September 20, at 11:00 PM.


A little girl is hiding somewhere in Ystad.  After seeing something terrible, she must be put to silence at all cost.  Meanwhile, a trafficking trial commences where Wallander and the prosecutor Katarina Ahlsell have their lives at stake.  The frightening situation forces them slowly to reassess their professions and lives.  As the girl herself contacts Wallander to tell him what she has seen, they both end up in a dramatic showdown with their lives at stake.  Watch what happens on September 27, at 11:00 PM.


CinemaWorld offers even more movie from other parts of the world.  All shown in their original language, these movies guarantee only quality and world class entertainment for its viewers.

I Skuggan Av Värmen (In Your Veins) 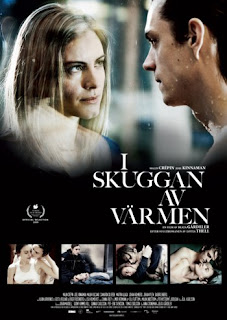 Based on a true story, Eva, played by Malin Crepin of Annika Bengtzon - Crime Reporter, is a security officer who falls in love with Erik, a policeman, played by Joel Kinnaman of the Easy Money trilogy.  The two find solace in each other's arms, but what he doesn't know is that Eva is hiding a binding secret.  Find out the truth behind Eva in this Swedish Drama on September 1, at 9:00 PM. 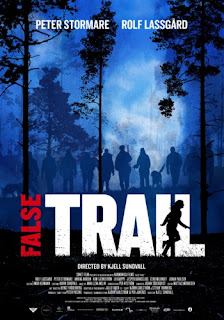 Fifteen years have passed since National Murder Commission interrogator, Erik Backstorm, was forced to leave the Norrland Police Department.  He is sent back to his hometown to investigate a brutal murder of a young woman, but being back stirs up many unpleasant memories from Erik’s past.  And what seems to be a simple murder soon proves to be a deeper, more sinister mystery.  False Trail, sequel to the Swedish box-office hit The Hunters, stars award-winning actor Peter Stormare.  Watch the Swedish Thriller as it premieres on CinemaWorld on September 15, at 9:00 PM.

CinemaWorld will also be premiering Skytten (The Shooter), a 2013 Danish Thriller that tackles political and international issues, on September 8; Flying Blind, a 2012 United Kingdom Thriller and Edinburgh Festival Audience awardee on love, passion and deceit, on September 22; and, City Slacker, a 2012 British Independent Film awardee about a successful executive finding a man to be the father to her babies, on September 29 – all at 9:00 PM for CinemaWorld’s Sunday See The World.

CinemaWorld is available in Metro Manila on Cable Link on channel 301, and on SkyCable HD on channel 184.
Posted by LENS Blogger at 1:58 PM