HEAT UP YOUR SUMMER WITH CINEMAWORLD


For the first time, CinemaWorld is available to heat up the summer of movie lovers.

CinemaWorld is the first and only pan-Asia international movie channel that assures an unforgettable movie experience.  With box office hits, award-winners and stars from different parts of the world, the channel shows all movies in their original language, with English subtitles.
Saturday nights, this April, will be filled with heart-warming dramas such as Edinburg Film Festival winner A Boy Called Dad, British Independent Film Awards Best Actress nominee Wah Wah, and BAFTA award winning movies This Is England and In This World – all part of the award-winning British movie line-up at 9:00 PM.
Be sure to catch those, plus more, this April on CinemaWorld. 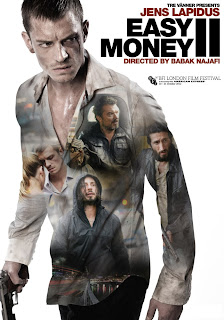 Joel Kinnaman (who will be playing the title role in upcoming Hollywood movie RoboCop in 2014) stars as JW, a promising business student who became an organized Cocaine smuggler.  He is serving hard time in prison and struggling to get back to an honest life.  But a man from his past – former hit man Mrado Slovovic – changes everything.  Does JW stand a chance to make it out of prison alive?  Watch Easy Money II, which topped the Swedish Box Office in 2012, as it premieres on CinemaWorld, this April 21, at 9:00 PM. 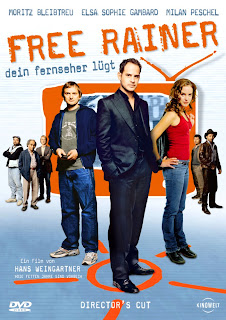 Rainier, a successful TV producer, reached the top because of his stupid and vulgar TV shows.  One day, a mysterious young woman vengefully drives full speed into Rainer’s car.  After his near-death experience, Rainier has a major change of heart and decides to produce thought-provoking news for his station’s primetime line-up, which results in poor ratings.  Because of the negative result, Rainier quits his job and embarks on an investigation of the audience measurement system.  Watch Reclaim Your Brain a German Comedy about reality TV on April 7, at 9:00 PM. 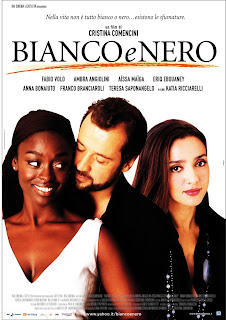 Couple Elena and Carlo are happily married.  Things change when Carlo meets Nadine, the dissatisfied wife of a colleague of Elena.  Their love, at first, wreaks havoc upon their marriages and, more importantly, brings to light a series of prejudices and clichés from the betrayed spouses.  Black and White is a comic look at infidelity, bigotry and the possibility, or impossibility, of racial integration and cross-cultural harmony in Italy.  Cristina Comencini, the director of the movie, was nominated as Best Director in the 2008 David di Donatello Awards.  Find out how this Italian Comedy ends on April 14, at 9:00 PM. 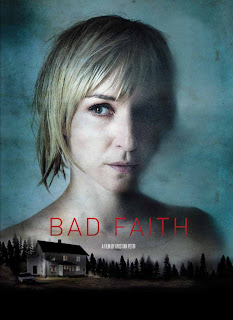 On her way home from work, Mona, a strange young woman, finds the victim of a serial killer.  She was shocked and scared, but that experience triggers something within her.  Mona’s fascination becomes an obsession. And when the police refuse to believe her, she drops everything to find the killer on her own.  Her hunt leads to a violent confirmation, not only with the killer but also with herself.  Bad Faith stars popular Swedish actress Sonja Richter (Cecilie, What No One Knows) and actor Kristoffer Joner (Babycall, Hidden). Know what happens to Mona in the Swedish Thriller Bad Faith on April 28, at 9:00 PM.
CinemaWorld is available in Metro Manila on Cable Link on channel 301, and on an a la Carte subscription or through the HD Movie Pack of SkyCable on channel 184.
Posted by LENS Blogger at 1:34 AM