ENJOY TRAVELLING FROM HOME WITH CINEMAWORLD


Discover new territories beyond your reach while munching on your favorite snack, seated on your sofa or even lying in the comfort of your bed!

You are sure to have a one-of-a-kind experience with these movie highlights from CinemaWorld.

LOVE IS IN THE AIR (Com'è Bello Far L'amore) 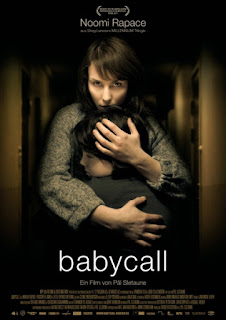 Produced in 2011, Babycall is about a mother, Anna, played by award-winning actress Noomi Rapace, who runs away with her son Anders, from her violent husband. They move to a secret address in a giant apartment building. Anna is terrified that her ex-husband will find them. She buys a babycall to make sure Anders is safe while he sleeps. But strange noises echo from the babycall. As she witnesses the sounds of what she believes is another child being murdered, she fears it is her own. Reliving the nightmare she recently escaped, Anna needs to figure out what is real and what is not before she loses her sanity and her child. Be first to find out how this Norwegian Thriller unfolds on March 17, at 9:00 PM. 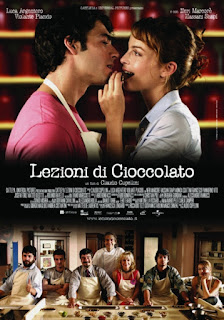 Mattia, a 32-year old building contractor from Perugia, has all the trappings of success: impeccable style, nice suits, a nice car, a gorgeous girlfriend, and a promising career path.  He is about to close the biggest deal of his professional life when one of his illegally hired workers, Kamal, is badly injured upon falling off a roof. Kamal went to Italy from his native country Egypt to pursue his dream of opening his own pastry shop. Because of the accident, Kamal threatens to sue Mattia unless he takes Kamal’s place in an advanced chocolate-making course and assumes his identity. Lessons In Chocolate, which stars Italian superstar Luca Argentero, won Best Film in the 2007 Montecarlo Film Festival de la Comedie, and will premiere on March 24, at 9:00 PM.

Guido, torn between a wife who has labeled him a workaholic and a job that seems to have no future, is practically pushed into a plane to a place called Queimada in South America, where in the "Salar de Queimada" (a salt lake) lies 50% of the lithium in the whole world. Guido, then, finds himself pulled into a round of dirty business, with some banks taking advantage of unscrupulous ecological disasters to take over the energy resources of the Third World. See what happens to Guido’s marriage and career on March 31, at 9:00 PM.

In 1940, a Cordoba girl named Pepita arrives at Madrid to be near her sister, Hortensia, who is pregnant and imprisoned in Ventas. She is framed and convicted for the crime of rebellion, and subsequently condemned to death row. Pepita meets Paulino, an evasive guerrilla, and falls in love with him eventually. The Sleeping Voice, which will premiere on March 10, at 9:00 PM, is composed of award winning artists – Maria Leon, who plays Pepita, won the Best Actress Award in Silver Shell, San Sebastian and Best New Actress in the 2012 Goya Awards. Marc Clotet, who portrays Paulino, won the Best New Actor Award in the 2012 Turya Awards.

All these and more on CinemaWorld, available in Metro Manila on Cable Link on channel 301, and on an a la carte subscription or through the HD Movie Pack of SkyCable on channel 184.

Email ThisBlogThis!Share to TwitterShare to FacebookShare to Pinterest
Labels: cinemaworld in march