In attendance at the recently concluded Australian (Sydney) premiere of the upcoming adventure comedy “The Secret Life of Walter Mitty are Ben Stiller and Kristen Wiig. 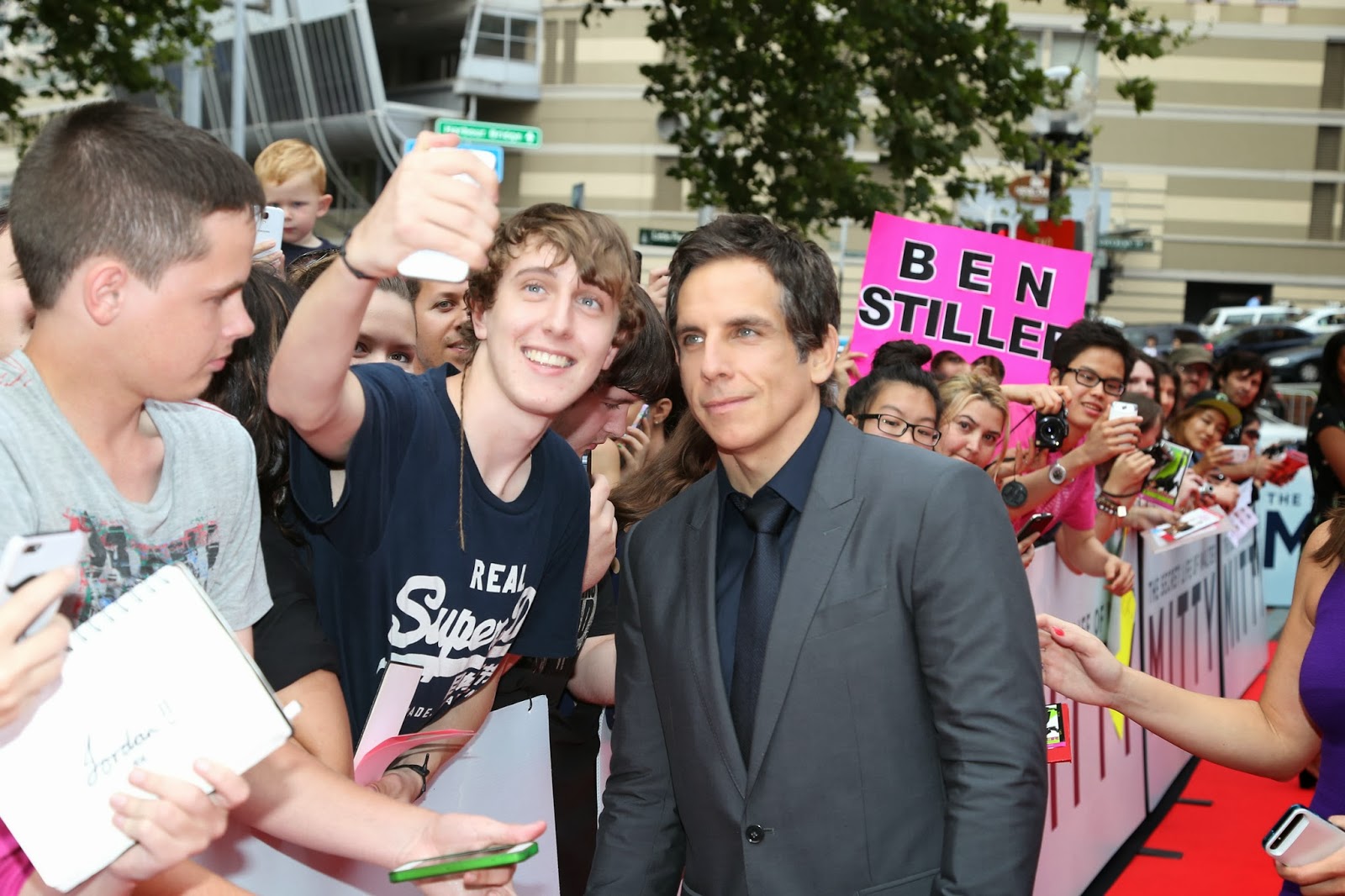 Ben Stiller produces and stars in the movie where no one really knows the power of the private dreams inside our heads  . . . until they inspire our reality.  That’s what happens in Ben Stiller’s contemporary rethink of one of the most influential fantasy stories of all time – indeed the quintessential tale about the irresistible allure of fantasizing: James Thurber’s “The Secret Life of Walter Mitty.”  Stiller has taken that two-and-a-half page 1939 classic and opened it up into a 21st Century comic epic about a man who finds that his real life is about toblow his wildly over-active imagination out of the water.

“The Secret Life of Walter Mitty” opens January 22 in theaters from 20th Century Fox to be distributed by Warner Bros.
Posted by LENS Blogger at 1:31 AM