Cine Lokal takes you to the future with Instalado


The future of intelligence and thought takes center stage with Instalado which screens in Cine Lokal starting onJanuary 26. 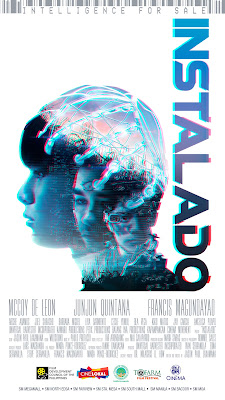 From Director Jason Paul Laxamana, the sci-fi film is an intriguing exploration of the worth of thoughts and learning. This is topbilled by Kapamilya heartthrob and Hashtag member, McCoy De Leon on his first ever leading role together with Junjun Quintana, Barbara Miguel and Francis Magundayao.

The movie tells the story of Viktor who lives in a time when the dominant form of education is through installation, a process wherein bodies of knowledge can be installed directly on people’s brains using technology owned by big corporation.

Instalado was also a 2017 entry at the second ToFarm Film Festival and won six (6) awards, including Best Supporting Actor and Actress.