Upbeat, satirical and utterly hilarious, the novels featuring Charlie and his manservant Jock Strapp had Johnny Depp laughing out loud after reading the script for the film “Mortdecai.”   “I’d read them years before and they made me laugh out loud,” says Depp. “They are irreverent and insane in a way I thought would translate well to the screen.” 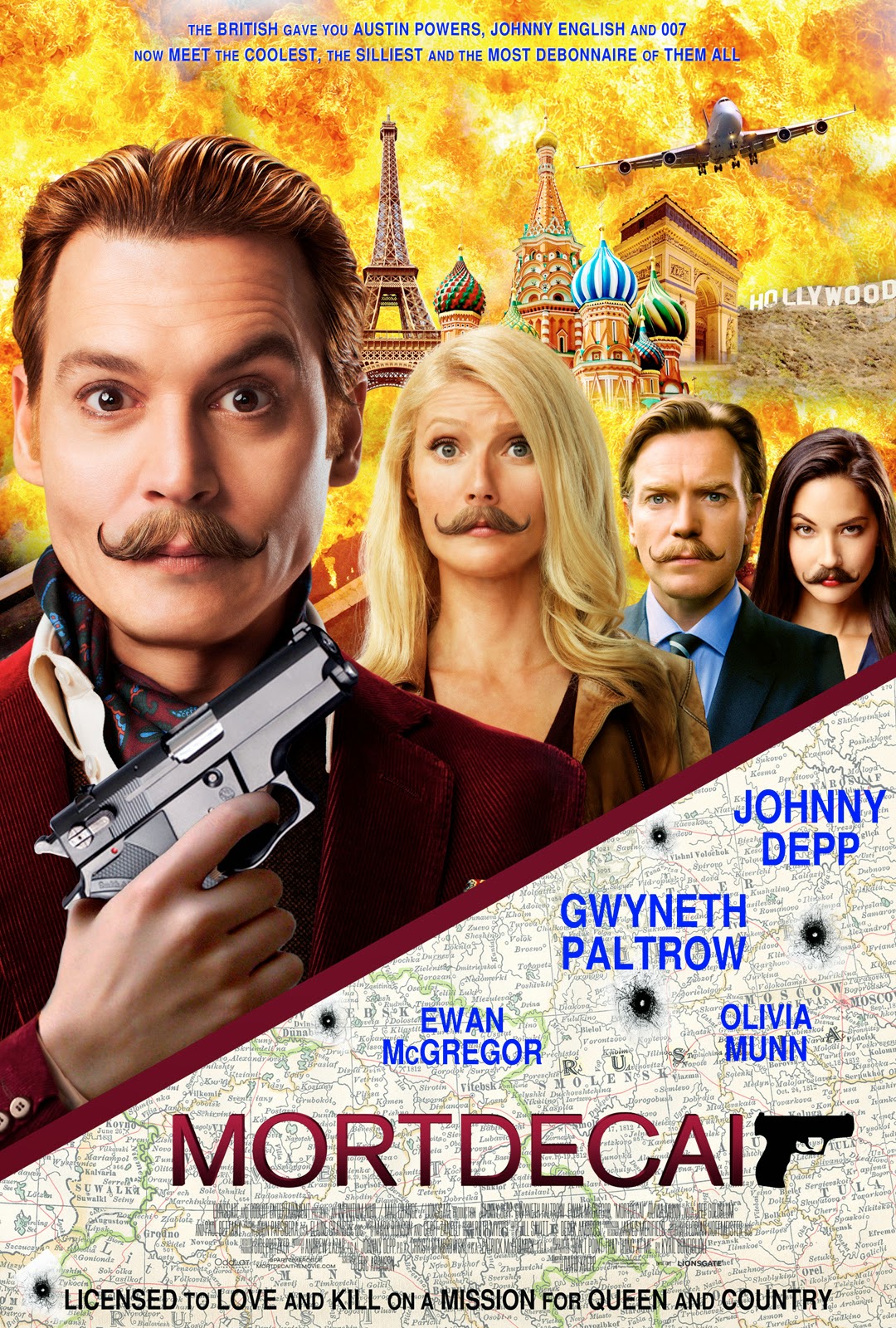 In “Mortdecai,” Charlie charms, schemes and blunders his way in and out of hilariously compromising situations as he attempts to beat out an array of international evildoers on the trail of a priceless Goya masterpiece that could also be the key to claiming missing Nazi millions.

Charlie Mortdecai is a connoisseur of good food, fine libations, beautiful women and the most elite trappings of wealth. He also frequently finds himself entangled in matters of an ambiguous legal nature. Asked by MI5, the British Security Service, to track down a missing Goya painting, Charlie hopes to discharge his debts to “Queen and country” by retrieving the purloined artwork.

“Actually, Charlie gets involved in finding the Goya because he sees an opportunity to sell it,” Depp says. “His aristocratic ways are intact, but his bank book is worn out and Charlie needs to rectify that.”
Badly behaved, violently snobbish and completely self-interested, Charlie was also endlessly appealing to the actor. “He is a blatant narcissist who has no relationship with the truth, except as he sees it,” says Depp. “What drew me to the character more than anything was the challenge of making this guy, who is a little bit shady and most definitely a con man, someone you can sympathize with.”

Charlie’s luscious blonde wife Johanna is played by Academy Award® winner Gwyneth Paltrow. Johanna and Charlie have been together since college. She is posh and very clever—certainly more clever than Charlie.  “Gwyneth is perfection as Johanna,” says Depp. “This a caper movie, teetering toward farce, and timing was everything. She had that down pat.”

Everywhere Charlie Mortdecai goes, he is accompanied by his manservant and right-hand-man Jock Strapp, a faithful but upbeat bruiser who dedicates his life to protecting his boss.  British actor Paul Bettany, who plays Jock, was introduced to the project by Johnny Depp while the two were filming Transcendence. “Johnny asked me if I’d ever read the Mortdecai books,” remembers Bettany. “I hadn’t and he gave me all of them. Afterwards Johnny mentioned he was going to make them into a film and asked if I wanted to play Jock.”
Depp says that while Bettany is not known as a comedic actor, he is one of the funniest people around. “He was the only person who could play Jock in my eyes,” he adds. “That fact that he’s a big, tall, seemingly serious Nordic god of a man only makes it funnier.”

Charlie’s insecurities are reinforced by the arrival of Alistair Martland, an old friend from their college days who is still attracted to Johanna. A highly placed officer in the MI5 - British Security Service, Martland is a sensitive, softhearted poetry-reading detective who loses his composure whenever Johanna is around. On the trail of the missing Goya masterpiece, he comes to Charlie for help.  McGregor was drawn to the film’s combination of wit and broad physical comedy. “It reminds me a lot of the Pink Panther movies from the 1970s,” he says. “There’s a humor to it that I haven’t seen on screen for a long time. It’s very cleverly written.”
Posted by LENS Blogger at 9:03 PM

Email ThisBlogThis!Share to TwitterShare to FacebookShare to Pinterest
Labels: mortdecai