THREE DAYS TO KILL is captivating story of a highly skilled assassin facing a deadly illness while trying to reconcile a floundering relationship with the family that he has all but abandoned.
ETHAN RENNER (Kevin Costner), a veteran Secret Service agent, is sent to Paris on a critical mission to put a halt to the sale of nuclear triggers that have fallen into the arms of a dangerous group of criminals. After learning that he has less than a year to live, Ethan is determined to not only fulfil his operation, but to reacquaint himself with his ex-wife and his teenage daughter, Zooey (Hailee Steinfeld) , whom he has neglected for years. After being offered an experiment drug that could prolong his life in exchange for his involvement in one last mission, Ethan must make a choice between serving his country and finally being the father that he never was. 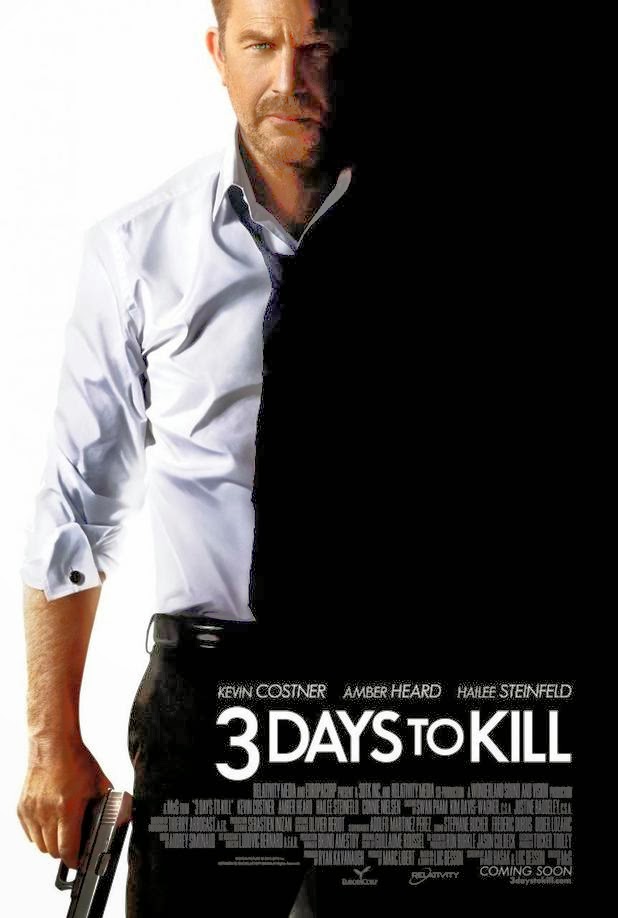 Furiously fast-paced, THREE DAYS TO KILL is a is a refreshingly candid look at dying man accustomed to a world a brutal violence who is forced to question his priorities for the first time in his life while battling the patent side effects of an unknown drug.

‘THREE DAYS TO KILL’ is released and distributed by Captive Cinema.
Posted by LENS Blogger at 3:00 AM

Email ThisBlogThis!Share to TwitterShare to FacebookShare to Pinterest
Labels: 3 days to kill