“THE LION KING” ROARS INTO PHILIPPINE CINEMAS IN 3D 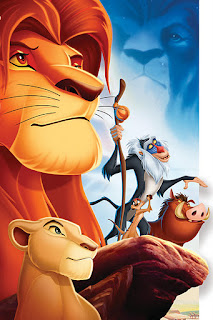 Simba, Mufasa, Nala, Timon and Pumbaa are back and better than ever this December when Disney’s “The Lion King” roars into Philippine theaters in breathtaking 3D!
When “The Lion King” first ruled the cinemas in 1994, the story of Simba and his father touched the hearts of an entire generation—its pioneering soundtrack, unexpected humor and compelling characters captivated audiences worldwide. The film, which followed “The Little Mermaid” and “Beauty and the Beast,” propelled The Walt Disney Studios’ animation renaissance, becoming the highest-grossing animated film of all time. (In the U.S., it continues to be the highest-grossing hand-drawn animated film ever.) “The Lion King” won the Oscar® for Best Original Score (Hans Zimmer) and Best Original Song (Elton John/Tim Rice, “Can You Feel the Love Tonight”) and earned Golden Globes® in both categories as well as for Best Motion Picture—Comedy or Musical. It is the best-selling home entertainment release of all time and inspired a Tony Award®-winning Broadway musical that became the seventh-longest-running musical in Broadway history in January 2011.
And now, the popular classic is in 3D for the first time ever.
Nearly a decade since “The Lion King” last appeared on the big screen, the upcoming theatrical release invites new generations into the Circle of Life. The two-week, 3D presentation is a planned wide domestic release—the biggest since the film’s 1994 debut—and the film’s first-ever 3D release.
An unforgettable story, breathtaking animation, beloved characters and award-winning music set the stage for “The Lion King”, a Disney classic that follows the adventures of Simba, the feisty lion cub who “just can't wait to be king.” But his envious Uncle Scar has plans for his own ascent to the throne, and he forces Simba's exile from the kingdom. Alone and adrift, Simba soon joins the escapades of a hilarious meerkat named Timon and his warmhearted warthog pal, Pumbaa. Adopting their carefree lifestyle of “Hakuna Matata,” Simba ignores his real responsibilities until he realizes his destiny and returns to the Pride Lands to claim his place in the “Circle of Life.”
The all-star vocal talents—including Matthew Broderick, Nathan Lane, Whoopi Goldberg, James Earl Jones, Jeremy Irons, Jonathan Taylor Thomas and Moira Kelly—rip-roaring comedy and uplifting messages of courage, loyalty and hope make this a timeless tale for all ages.
Produced by Don Hahn and directed by Roger Allers and Rob Minkoff from a script by Irene Mecchi, Jonathan Roberts and Linda Woolverton, “The Lion King” is distributed locally by Walt Disney Studios Motion Pictures International through Columbia Pictures.
Posted by LENS Blogger at 11:41 PM