Rise Of The Planet Of The Apes 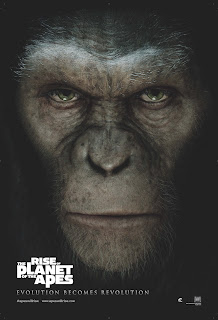 Rise of the Planet of the Apes is a prequel to a cult classic, Planet Of The Apes. But it is yet to identify which Planet of the Apes version: the original with Charlton Heston or Tim Burton's re-imagined version with Mark Wahlberg. As the title suggest and if you seen either previous versions of the movie, it shows how the primates evolve.
The movie is not the type that will make you relax. It is more stressful watching because it is so intense as you witness the experiences of the character, Caesar, the chimpanzee who is gifted with intelligence unlike any primate. The movie is also a good example of ethical issues involving genetic engineering and altering the limitation of a living thing like the chimpanzee.
The chimpanzee is an ideal specie for the movie because of all the primates, their intelligence is closer to humans and also the most aggressive. They are even more violent than the gorillas. To make Caesar more human-like and able to show emotion, the production hired WETA - the award winning special effects team behind James Cameron's Avatar and applied the same effect of Gollum of the Lord Of The Rings trilogy and Peter Jackson's version of King Kong and cast the same actor who played those characters for the role of Caesar: Andy Serkis.
Another tip, part of the credits credits shows the background that is actually a graphical illustration how the story progresses which is also relevant to the movie and you can follow suit from Charlton Heston and quote his famous line, "You maniacs!...damn you all to hell!" . So, I advise not to leave yet. Rise Of The Planet Of The Apes opens August 4 in cinemas and is distributed by 20th Century Fox.
Advance screening was held at SM Megamall Cinema 6(2D) last August 2.
Posted by LENS Blogger at 8:11 PM

Email ThisBlogThis!Share to TwitterShare to FacebookShare to Pinterest
Labels: rise of the planet of the apes