“I AM NUMBER FOUR,” “REAL STEEL” TO BE SHOWN IN IMAX

The Walt Disney Studios, DreamWorks Studios and IMAX Corporation announced that two of DreamWorks’ 2011 Touchstone Pictures releases, “I Am Number Four” and “Real Steel,” will open in IMAX® theatres around the world, including the Philippines.  Both films are produced by DreamWorks and will be released under Disney’s Touchstone banner.
The sci-fi thriller “I Am Number Four” will be released on Feb. 23 in IMAX theaters in SM Mall of Asia, SM North EDSA and SM Cebu, while “Real Steel” will open October this year.
“DreamWorks is pleased to have the incredible team at IMAX on board for these two exciting films,” said Jeff Small, President and COO of DreamWorks Studios. “Having `I Am Number Four' and `Real Steel' exhibited in IMAX theatres gives us a wonderful opportunity to showcase the fantastic work of the filmmakers and the people involved in creating these visual tales. Audiences get the benefit of a fully immersive movie-going experience on two films that are ideally suited for the visual and sensory IMAX experience.”
“`Real Steel' and `I Am Number Four' are films that transport the audience right into the middle of the action,” said Chuck Viane, president of global distribution for Walt Disney Studios Motion Pictures. “We’re very excited to be able to offer moviegoers The IMAX Experience® for these films.” 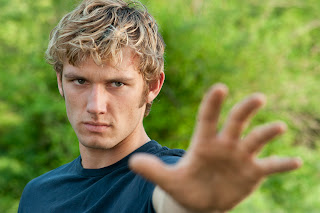 Directed by D.J. Caruso (“Eagle Eye”), “I Am Number Four” is an action-packed thriller about an extraordinary teen (Alex Pettyfer) hunted by ruthless enemies. Settling in a small Ohio town, he discovers powerful new abilities as well as a connection to the others who share his destiny. Timothy Olyphant (“Hitman”) and Dianna Agron (TV's “Glee”) also star. 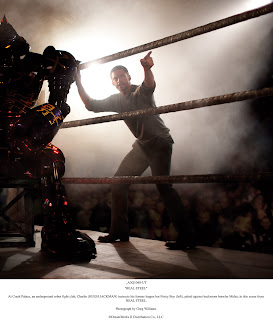 Set in a world of next-generation boxing, “Real Steel” is a gritty action drama directed by Shawn Levy (“A Night at the Museum” franchise). Hugh Jackman (“Wolverine,” “X-Men” series) headlines as washed-up fighter Charlie Kenton, who lost his chance at a title when 8-foot-tall steel robots took over the ring. When he reluctantly teams up with his estranged son (Dakota Goyo), Charlie gets one last shot at a comeback.
“The inclusion of two live-action DreamWorks titles in our 2011 slate enables us to expand the range of content available to IMAX theatres and extend our brand deeper into our growing 18-34 audience segment,” said IMAX Chief Executive Officer Richard L. Gelfond. “Both directors have already demonstrated how their vision works very well with The IMAX Experience and with such a strong studio behind them, we’re optimistic that even more of their fans will have the opportunity to experience their latest work in IMAX.”
“We are thrilled that IMAX movie-goers will experience the newest films from our long-standing partnership with DreamWorks Studios and filmmakers D.J. Caruso and Shawn Levy,” said Greg Foster, Chairman and President of IMAX Filmed Entertainment. “The strong track records of Steven, Stacey, Jeff and the filmmakers represent the quality and excitement that we look for in our films and we believe these strong titles are an ideal fit for our audience and our 2011 film slate.”
Posted by LENS Blogger at 2:04 AM