THE Cultural Center of the Philippines and the Cinemalaya Foundation are set to roll out the red carpet for the 14th edition of the country's biggest independent film festival, the Cinemalaya Philippine Independent Film Festival, on August 3 to 12, 2018, at various venues of the CCP and selected Ayala Cinemas. 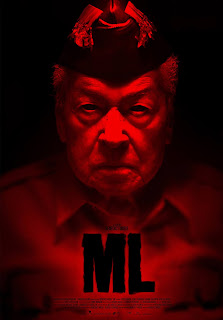 The 2018 Cinemalaya Philippine Independent Film Festival promises to deliver the best visual storytelling to every film enthusiast. Judging by this year's line-up of full-length films and short features, there is something that will surely capture the audience's imagination.

On its 14th run, there will be 10 short films, including: “Babylon” by Keith Deligero; “Jodilerks Dela Cruz, Employee of the Month” by Carlo Francisco Manatad; “Kiko” by Jojo Driz; “Logro” Kani Villaflor; “Nangungupahan (Who Rents There Now?)” by Glenn Barit; “Sa Saiyang Isla (In His Island)” by Christian Candelaria; “Si Astri maka Si Tambulah (Astri and Tambulah)” by Xeph Suarez; “Siyudad sa Bulawan (City of Gold)” by Jarell Serencio; “Yakap” by Mika Fabella and Rafael Froilan Jr.; and, “You, Me and Mr. Wiggles” by Jav Velasco.

Audiences will continue to enjoy the festival's mainstays: Dokyu, the documentary section; Best of the Festivals, which showcases the best films from local festivals; Indie Nation, a special section featuring independent films; Visions of Asia, featuring award-winning Asian and Netpac films. There will also be a showcase of the final projects of the Directing and Production Management workshops under the 4thCinemalaya Institute.

Cinemalaya will pay tribute to Maryo J. Delos Reyes through a special screening of his best films “Bagets” and “Magnifico”; and to Bernardo Bernardo by showing “Manila by Night” by Ishmael Bernal. Retrospective section will feature the 2017 Cinemalaya Best Film “Respeto” by Treb Monteras, and “Baconaua” by Joseph Israel Laban who won Best Director.

On its 30th edition, the Gawad CCP Para sa Alternatibong Pelikula at Video, considered the longest-running independent film competition of its kind in the ASEAN region, will once again harvest the best of the best, with films competing in various categories such as Short Feature/Narrative, Experimental, Documentary and Animation. Pre-selected entries will be screened on August 4-6 at the CCP Tanghalang Manuel Conde (Dream Theater).

The Cinemalaya Campus, a major component of Cinemalaya, is slated on August 7 & 8 at the Silangan Hall. The Cinemalaya Awards Night will be held on August 12, 2018 at the Tanghalang Nicanor Abelardo (CCP Main Theater).

Since 2005, Cinemalaya has continued to discover, encourage and support the cinematic works of upcoming and veteran Filipino filmmakers who boldly articulate and freely interpret the Philippine experience with fresh insight and artistic integrity.

To date, Cinemalaya has supported and promoted the production of Filipino full feature independent films and short films. Many of these films have won awards in local and international competitions and festivals. Through the annual festival, Cinemalaya has showcased over 1,000 works by independent filmmakers including full feature films, shorts, documentaries, Filipino film classics, and art films.

For more information about Cinemalaya, visit www.cinemalaya.org, www.culturalcenter.gov.ph and the Cinemalaya Facebook page or CCP Media Arts at telephone number 832-1125 local 1704 & 1712 and the CCP Box Office at 832-3704.
Posted by LENS Blogger at 9:00 AM