As part of the Film Ambassadors' Night of the Film Development Council of the Philippines to be held on February 9, 2018, the agency will recognize filmmakers who won in A-list international film festivals, as well as award the Camera Obscura Artistic Excellence Award to three (3) recipients.

On the other hand, the Camera Obscura Artistic Excellence Award is the highest award given by FDCP to exceptional members of the film community. Previous recipients of the award include Directors Brillante Mendoza and Lav Diaz, as well as Jaclyn Jose, Allen Dizon and Teri Malvar for their outstanding achievements.

This year, the Camera Obscura Artistic Excellence Award goes to the following: 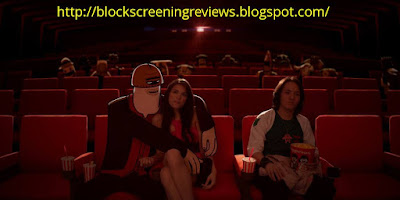 Kita Kita
For setting a new box office record as the highest grossing, independently-produced film in the Philippines

Producer Ferdinand Lapuz
For reintroducing Philippine cinema to the global scene, paving the way for numerous films to be recognized in various prestigious international film festivals

Over eighty filmmakers and films which won in international film festivals in various categories will be recognized during the Film Ambassadors’ Night at Sampaguita Gardens in Quezon City. The event will be hosted by Monster Radio RX 93.1 DJ and film enthusiast, Chico Garcia.
Posted by LENS Blogger at 6:39 PM