Following a grand launch party in Tokyo in which stars Scarlett Johansson, “Beat” Takeshi Kitano, and director Rupert Sanders joined fans and influencers from across the globe, the first trailer of Paramount Pictures' Ghost in the Shell is now online. 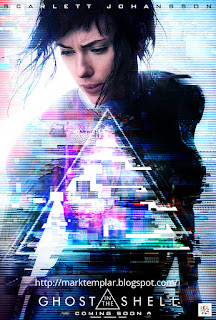 Opening across the Philippines on March 29, 2017, Ghost in the Shell is distributed by United International Pictures through Columbia Pictures. For more trailer reactions follow this blog and like https://www.facebook.com/LENSblogs/

Email ThisBlogThis!Share to TwitterShare to FacebookShare to Pinterest
Labels: first trailer, ghost in the shell