After four decades, Cory (Nova Villa) and Third (Freddie Webb) cross paths again that will change the entire course of their twilight years.  Married to Alejandro (Dante Rivero), Cory initially avoids rekindling the past but the inevitable happens and finally finds herself loving each moment when their first date is finally realized.   Revolving around Cory, a recently retired government employee, the seductive idea of rekindling her first love has posed a challenging proposition for Cory. 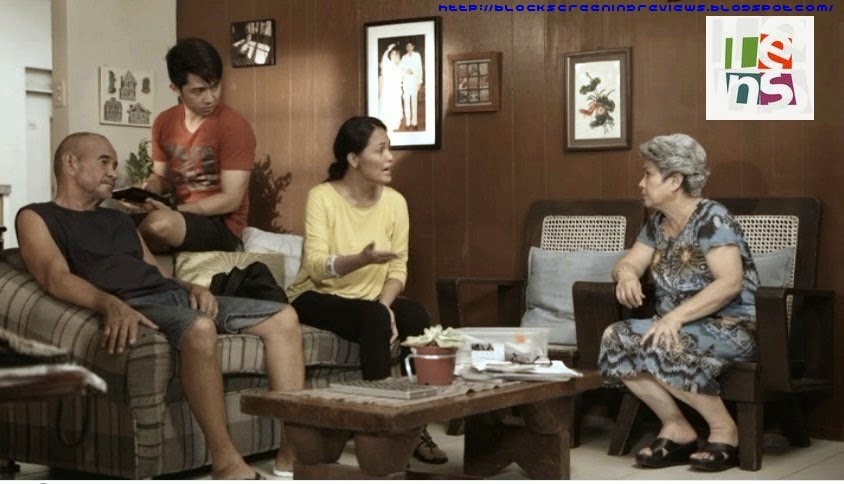 Dante Rivero, on the other hand, plays Alejandro, a very touching portrayal of a man in his 60’s seeking to come to terms with his wife’s attempts to rekindle a romance with an old flame out of marriage’s monotony.   “ 1st Ko Si 3rd” won Best Actor Award for Dante Rivero’s performance in the film and was one of the box office top grossers in this year’s Cinemalaya Film Festival.

Director Real Florido recalls, “The 11th month of the year has three reasons to be a big season for 1st Ko Si 3rd and its filmmakers as it competes in two international film festivals and opens for nationwide theatrical run. First, the film hits the cinemas on the 12th of November through an exclusive partnership with Ayala Malls Cinemas in 10 different locations: Trinoma, Glorietta 4, Market! Market!, Alabang Town Center, Fairview Terraces, Marquee Mall Angeles City Pampanga, Harbor Point Olongapo City, Ayala Center Cebu, Centrio Cagayan De Oro, and Abreeza Davao. Second reason is that the film’s international premiere will happen in the USA as it becomes an official selection to the Hawaii International Film Festival 2014. Third, the film is also part of the Circle Competition of the 2nd QCinema International Film Festival set to open on the first week of November in Quezon City.”

Exclusively at Ayala Malls Cinemas nationwide on November 12, log on to www.sureseats.com for online ticket purchase and schedule of “1st Ko si 3rd.”
Posted by LENS Blogger at 11:59 AM